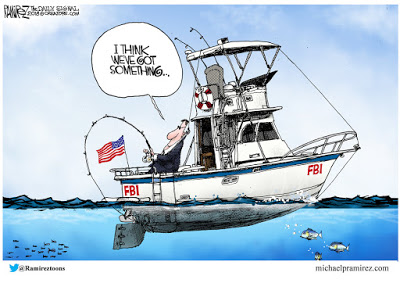 Just when you think that DOJ/FBI corruption couldn’t get much worse, more information surfaces and becomes public.

And then there’s the trial of Paul Manafort where Team Mueller has filed a complaint against the judge in the case for holding them strictly to account – something that they’re unfamiliar with.
For anyone used to dealing with a federal judge, this is not unusual. I recall when Presiding Federal Judge Manuel Real threw a defense attorney (Roger Agajanian) into custody for ninety days for contempt of court. I was in that Federal Courtroom that day and it was funny from my perspective. The defendant asked Judge Real what he should do. The judge replied that he might need other counsel, and continued the case for a day.
Mueller and friends are used to dealing in rigged courtrooms and this one is apparently not. It is a strange experience for the denizens of the Deep State.

Messages from North Korea
The US response to North Korean trust building actions has been to “maintain maximum sanctions pressure” and to request a nuclear accounting. The North Koreans didn’t want it to run this way because it gives them very little wiggle room. North Korean leaders do not trust the US enough to divulge their strategic secrets at this time. After 68 years in a state of war, their position is not entirely unreasonable.
North Korean leaders are expecting President Trump to intervene, reprimand his subordinates, who aren’t working it the way that the Norks want it to go. My sense is that they’ll have a long wait. North Korea is facing another famine due to lack of rain fall and that means starvation in the winter. The US doesn’t have that problem.
Foreign Minister Ri in Iran. North Korean Foreign Minister Ri Yong Ho commented on US relations during his three-day visit to Tehran.

During his meeting with Ali Larijani, the speaker of Iran’s parliament, Ri said, “Since we know that the U.S. will never give up its hostile policy toward us, we will hold onto our nuclear knowledge.”
“It is hard to deal with the U.S….In order to realize our major objective of denuclearization of the Korean Peninsula, the U.S. should make good on its part of the promise, but it has rejected to do so.”

Minister Ri speaks fluent American English; thus, his choice of words merits attention as an accurate and nuanced translation of what the North Korean leadership is thinking and feeling.
Ri’s statement in Iran is the most negative of any conveyed in any North Korean media, including the 9 August Foreign Ministry statement. He stated the North Korean leadership already has concluded the US will never end its hostile policy towards the North. That means North Korean involvement with the US is a charade to weaken South Korean support for the US Alliance and to obtain sanctions relief by working around the US.
Ri also divulged that North Korea has no intention of giving up its nuclear knowledge, i.e., the technology base. That is the North’s safeguard against American backsliding. Ri, thereby, admits that the North Korean leaders never had any intention of “complete” denuclearization, as the US defines it, and justifies that position with the judgment that the US never will abandon its hostile policy.
Ri’s choice of Tehran to make that statement is deliberately intended to reinforce Iranian Supreme Leader Khamenei’s hardline hostility to the US and to demonstrate North Korean solidarity with Iran in confronting the US.
A return to tension is likely by the start of the winter training cycle on 1 December.
Democrat Party Piggy Banks 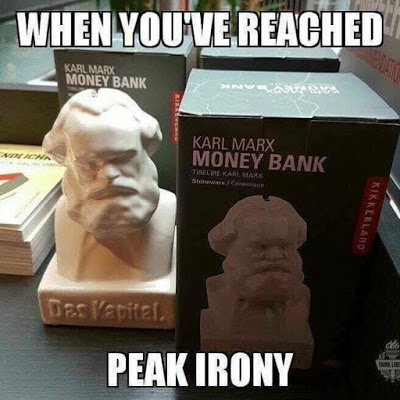 Jimi
Encased in carbonite.  It happens elsewhere in the galaxy as well 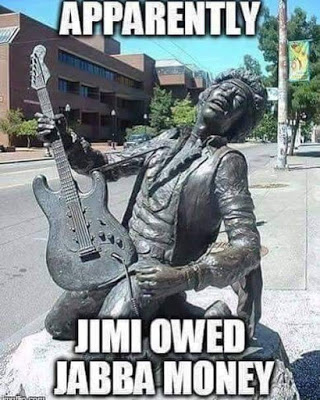