It would be remiss of me not to mention the untimely passing of Francisco, who I worked with in Mexico. He was a licenciado (lawyer) who lived in, around and among the underworld of Mexico until he was tortured and murdered this week.
An unfeeling person who knew him asked me, “How did you think that he’d end up?” I replied that I thought that he’d end up tortured and body-dumped, but that doesn’t mean that I didn’t like the lovable rogue.
In order to share a few lighter moments, I must remind you that (1) It’s Mexico. (2) It’s Mexico; and (3) It’s Mexico. Don’t judge.

Context: Most Mexican men have a number of wives. In fact, I can’t think of one that I know who doesn’t have at least two or three. The Casa Grande (Old Mom) is the first.

In the case of the infamous Chapo Guzman, Casa Grande is Alexandrina, who I know. The other wives (in the case of Chapo G, there must be a dozen or more) fall into the category of Casa Chica.

They don’t often mix socially. The exception is the ‘Mexican Wedding’, a tradition of sometimes up to fifty bride’s maids, where every wife stands in the reception line and hisses at the others.

El Tabule, owned by Francisco at the time, was a hang out for Cártel Arellano Félix, and it was the place where I had personally met with the leadership of that cartel. The restaurant was originally owned by Mohammed al Sidiki, (who I have also met) who also owned a restaurant of the same name in San Diego. Mohammed, a Middle Eastern money launderer, had his own problems and abandoned ownership to his partner – another money Mexican launderer, who ended up doing a lengthy sentence in a Mexican Prison. Because Francisco was their attorney, he took the place for fees. At one time he also owned, Los Mariachis, across the street – the local favorite breakfast spot if you’re in TJ.

Francisco (age about 40), invited me to his new girlfriend’s birthday party. I had not met this one yet, but he had more than a few women in his life. I arrived at El Tabule to a party that looked like it had been set up for a little kid. Francisco met me near the front door and I commented. He said (with sadness) that she’d never had a real birthday party.

A pinada had been strung in a corner of the bar, to my left as I walked in. There were usually cartel kingpins sitting in the dark bar, but this day it had been strung with Christmas lights to augment the festive nature of the party. 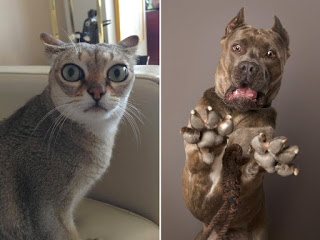 I met his girlfriend’s parents, and then his girlfriend, who wore a very cute pinafore. I asked Francisco how old she was. He said, that it’s ok, “she’s sixteen today”. I don’t think that there is an “age of consent” in Mexico that anyone recognizes. Apparently, age sixteen makes it ok. The fact that he’d been dating her for a couple of months previous to the party is naturally overlooked for the sake of social convention.

At different times (changes of leadership due to incarceration or death) Francisco was one of two or three licenciados to Cártel Arellano Félix. At the time of his death, he’d been reduced to doing debt collections in Mexico City. He must have tried to collect from the wrong guy. 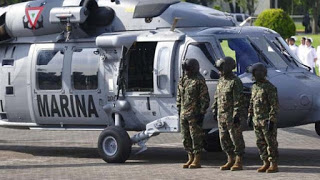 Francisco had been kidnapped and held for ransom. I learned where the kidnappers held him from one of the people involved in the kidnapping’s sister. She didn’t want her brother to get into trouble. He missed work on the day in question as set forth below:

I decided to show force in an attempt to obtain his release. They had him in one of four shacks and an outhouse on a ranch in the middle of nowhere. We approached down an arroyo to a point about twenty yards from the shack where the narcos and Francisco had congregated. I was there with SEMAR. I the commandante called up a helicopter on the radio and it made a fly-over.

The Mexican Marines won’t land a helicopter in gunfire or in any situation where the landing might cause damage to the aircraft – so they are for show.

The commandante screamed into a megaphone that if the kidnappers left in the pick up truck (parked in front) and drove away, leaving the hostage/kidnap victim, that no harm would come to them. To reinforce the demand, the Marine special team fired a few dozen rounds into the corrugated steel building, without once considering that they might hit Francisco. (It’s a subtle distinction frequently overlooked by the Mexican Navy/Marines)

The narcos complied, left the building with their wounded and drove off to the East. Francisco, who’d wet himself during the barrage, had been duct taped to a chair and otherwise undamaged. The Marines had naturally laid an ambush east of the ranch on the road out and killed the four narcos packed into the cab of the truck and a fifth, bleeding out in the bed.

He referred to the incident as “the day my balls exploded”. The Narcos used jumper cables attached to his testes and the tip of his courting tackle, respectively, to encourage him to tell them where he kept his money.  (His testicles didn’t physically explode – he dramatized and characterized a painful event in that way) He went on to love and be loved.
There are many other stories, but I won’t be able to recount them with Francisco (who also owned a liquor store) drinking shot after shot of Don Julio 1942 Tequila Anejo, laughing about them all.

The time that El Diablo ended up curled on the floor of a hotel room like a boiled shrimp as a kingpin and “The Russian” – an assassin who had worked for Amado Carillo, stood over him. Both of us were in the room at the Holiday Inn Express (there are two in Guadalajara – this was the newer one across the street from the Burger King).

There was the tour of Guadalajara with Ignacio “Nacho” Coronel Villarreal in his car, where he explained to me how things really worked. Six months or so later, SEDENA killed Nacho, the narco who ran Guadalajara for the Sinaloa Federation…and so many other events.

RIP
Some of us will hold a wake for him in the next week or so. We’re talking on the phone and will set something up at a dive bar in TJ on the road east, out of town, across from the border wire. Further east from the prison and well past the airport. If MA is reading this, it’s the same bar where Francisco tried to sell her to a corrupt judge from Chihuahua. The sale didn’t go through.