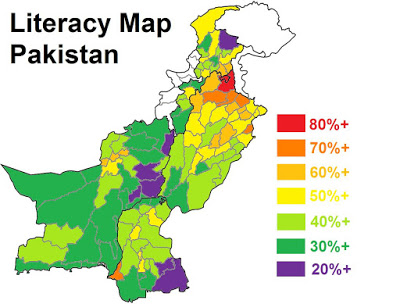 Facebook
Twitter
Pinterest
WhatsApp
Imran Khan, who is no friend of the USA, now runs Pakistan. He’s turned to China for money, because the US understands how the place works and under President Trump, isn’t throwing money around the way we did in the past.
Khan’s initial statements portend increased instability, if he bases his policy on the topics he has mentioned. However, his most urgent problems are the state of Pakistan’s financial ruin.
Khan faces an immediate debt crisis. An analysis in the Pakistani newspaper Dawn reported that the government has no net international reserves. Another source reported Pakistan has enough foreign exchange to pay for two months of imports and that is being depleted.
Pakistan must import most of its petroleum products, which account for one-third of all imports. The rise in oil prices worsened an already serious balance of payments problem.

Pakistani leaders are famous for evading taxes and stashing their holdings outside the country. That included massive bribes from the US in years past.  Tax evasion is a cottage industry. One news outlet reported that in a country of 200 million people, only 1 million pay taxes.

The Chinese debt burden continues to increase. Pakistan has not realized the bonanza from the China-Pakistan Economic Corridor. That is years in the future, but the payments for Chinese materials, equipment and labor are due as they arrive.
China’s extension of a $2 billion loan over the weekend is intended to buy time for the new government to formulate an approach to the debt crisis. However, it adds to the $46 billion China has invested in the Economic Corridor.
The success of Chinese Belt and Road projects depends on stability in international affairs and in the internal affairs of target countries. Internal stability usually means continuity. Chinese advisers expected continuity in Pakistani politics and predicted the re-election of Nawaz Sharif’s PMLN government. Instead, the Chinese now must deal with Imran Khan whose past statements mark him as a critic of Pakistan’s China policy and whose post-election statements define him as an agent of instability. Khan promises reform. He is a disruptor.
Khan’s comments indicate he will try to tilt Pakistan towards China and away from the West and capitalism. He said he looks on the Economic Corridor as a great source of employment. However, no Chinese foreign investment projects have directly alleviated local unemployment conditions.
My personal perspective of the matter is that this is a money pit for the Chinese. And Khan, the new leader, is not their friend. The US needs to quietly back off and let the Chinese enjoy working with their neighbors to the south. I have been published in both Indian and Pakistani defense journals in the distant past. While I get along with the educated Pakistani Army and Navy Officer class, and with the thugs at Inter-Service Intelligence, I don’t have much positive to say about the place. If Sharif had won the election, they would have become a Chinese satrap. But he didn’t and things will get worse in Pakistan (if that’s possible) before they get better. Maybe the military will stage a coup and will repudiate past dealings and debts with China?