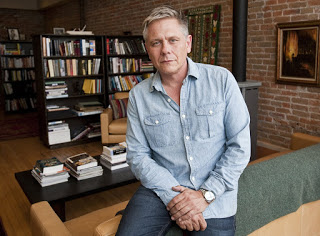 “Puritanism,” Mencken said, is ‘the haunting fear that someone, somewhere may be happy.’ But liberal puritanism is slightly different. It fears that the wrong sort of people might be happy, or that their happiness might be of the wrong kind.“

“I see evidence that certain liberal principles, the ones that impressed me in the Seventies, have eroded. Back then, for example, the CIA was understood to be a nest of liars and psychopaths who toppled democratically chosen leaders, lied to the public to start wars, and ran sick experiments on innocents using drugs and mind-control techniques. In Three Days of the Condor, a thriller from the period, Robert Redford plays a lowly CIA officer who discovers that the agency is nothing more than a crime ring. These days, however, with Trump playing the heavy, the CIA is revered by many liberals as a bulwark of integrity, its missions sacred, its conclusions unimpeachable, and its former director, John Brennan, worthy of a high-profile cable news job. The FBI draws similar adulation, never mind its history of spying on the likes of Ernest Hemingway, John Lennon, and Martin Luther King Jr.

“This great liberal switch from skepticism to sanctimony about the most powerful arms of the Establishment is matched by a viral fear of Russia that reminds me of the John Birch Society pamphlets I’d come across now and then when I was young. Somehow, instinct told me then that they were crazy, exaggerating the cunning of the enemy, the depravity of the collaborators, and the vulnerability of America. The liberal comedians who lampooned such claims on shows such as Laugh-In were my idols. They dared to speak the most radical truth of all in a time of panic and paranoia.” 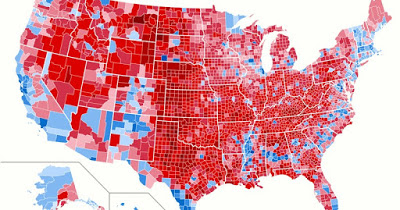 The nation showed that things were changing at a tectonic level when President Trump was elected. He smashed Hillary Clinton in the electoral college, shaming the polling companies who are supposed to predict wins and losses before they occur.
Today there is the “daily hate” on the elite, corrupt, filthy, sly, lying mainstream media. Billions are spent to try and damage President Trump, and still his approval numbers improve. Progressives are bewildered. They predict that the Democrats will take back the House of Representatives in November. Look at the map and take note that President Trump is more popular now than when he was elected. It’s Donald Trump and not the Republican Party that people tended to vote for. They hate the swamp, they hate the faceless, heartless bureaucracy and they wanted hope and change. They wanted to see an end to the old political way of doing things.
Remarkable. 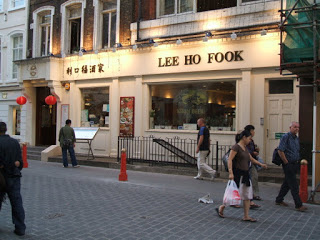 LSP mentioned this restaurant (right) on his blog that deals with fishing, pastoral life, and progressive space aliens among us. I recommend the food at Lee Ho Fook, particularly the beef chow mien. There was no unicorn on the menu last time that I was there… Try not to go in the later evening. A little old lady was mutilated down the street…werewolves of London again.

President Trump offered to meet with Iranian President Hassan Rouhani personally and without conditions to avert a war. It seems that they’ve been building a nuclear weapon. Don’t be shocked. The Saudis and the Jews are the targets and they are very uneasy. Follow these events in Iran very closely.