Fishwrap (the week in review) 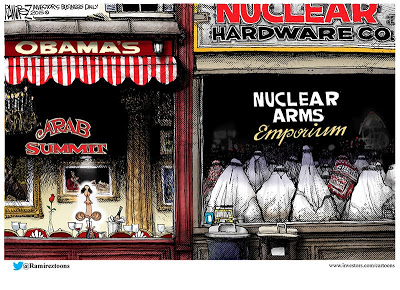 It hasn’t been the best week for Barack.

Are you ready for Hillary?

A month after she announced her candidacy she has yet to give an interview. Since she has the Democratic Party nomination sewed up, she doesn’t need to speak to the press and when she does, she whines about how broke she and Bill are. In light of the damaging book, Clinton Cash, the Clintonian machine is sending out factotums to spin the story and attack the author. If Hillary were to do it, she’d come of mean and petty…Because she’s mean and petty.
The Democrats, when polled, agree that Hillary is a liar who can’t be trusted, but they still think that she’d make a great president because she’s a woman. Nothing new to report there.
Immigration Reform?
On building a border wall: “People who live in gated communities tell us fences don’t work.”
On welfare: “Today’s immigrants aren’t coming here to breathe free, they’re coming to live for free.”
On how the media shut down the immigration debate: “It can be difficult to discuss America’s immigration policies when it’s considered racist merely to say, ‘We liked America the way it was.’”


Buying Votes – one at a time:

This past week, ABC correspondent George Stephanopoulos, who was elevated to national stature by Bill Clinton during his presidency, went on the attack when he interviewed the author of “Clinton Cash”. The high-profile book examins potential conflicts of interest behind Clinton Foundation funding — on ABC’s “This Week.”


Stephanopoulos did not disclose his own contribution of $75,000 to the Clinton Foundation.

There are a lot of people who don’t recall the scandal of Stephanopoulos’s cocaine use and the forgiveness of the Clintons who let him keep his job in the West Wing. These things set up a situation where people like “Hobbit” (his nickname) owed Mr. and Mrs. Clinton. It removed his objectivity, and credibility. Not that this situation is unique in the mainstream media.