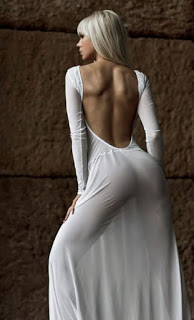 Facebook
Twitter
Pinterest
WhatsApp
I’m trying to swing a trip to Norway before the winter sets in but I’m burning daylight (literally). There are a lot of things that I like about Norway and I even have work to do there. However once it gets cold and dark, it’s cold and dark for six months.
Next week, I have to block out an entire week for jury duty, even though I think that it will be over day-one. It depends whether I get to the voir dire phase on Monday or not.

Voir dire is a legal phrase that refers to a variety of procedures connected with jury trials. It originally referred to an oath taken by jurors to tell the truth (Latin: verum dicere), i.e., to say what is true, what is objectively accurate or subjectively honest, or both. In practice in the present day, it’s a Q and A session with prosecutor and defense attorney with a judge overseeing it to determine the suitability for someone to serve as a juror. With my background, they’d never put me on a jury panel.

The second or third week of September will likely be spent in Texas. LSP, you might want to think about going shopping for one of those American made AK’s. Is there anyplace in town where we can shoot them to see if they’re as cool as I think that they’re going to be?

By October, the weather in Norway is cold. It usually stays above freezing, but barely. Which means that sailing on Oslo Fjord is done with very warm clothing, or maybe just Helga (picture above) clinging to you?
I’ve made definite plans for a busman’s holiday to Norway with some ocean sailing and fjord cruising next summer. We will discuss work while sailing.  Ok, we might get around to it.