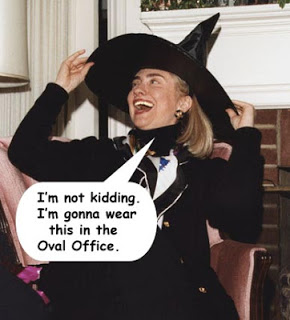 Facebook
Twitter
Pinterest
WhatsApp
Friends from the FBI always tell me that they are the premier law enforcement agency in the world. There is no ego shortage in the Federal Bureau of Investigation. They sure investigated Hillary Clinton well didn’t they?  Sort of like the way the FSR (Federal’naya sluzhba bezopasnosti Rossiyskoy Federatsii) would handle the investigation of something that Vladimir Putin did wrong. If the FBI caught Hillary in a car with a dead prostitute – no, she doesn’t know how to drive – we know this, but it’s a hypothetical – it would have been handled much the same way as the e-mail scandal was managed.

The House Oversight Committee recently received classified documents and notes from the FBI’s unrecorded interview with Hillary Clinton in order to understand why Director James Comey didn’t recommend charges against her. The FBI said it wants to remain as transparent as possible (which explains why they didn’t record what they asked and Hillary, right?….), but Chairman Jason Chaffetz said he has a few problems with the documents, especially since many portions are heavily redacted. There’s also a Morning Joe interview on YouTube, where Chaffetz lays out his argument.

The FBI could have recorded the interview with candidate Clinton with DOJ approval, but chose not to. I find that STRANGE. The report of interview (302) consists of notes taken by the FBI of what they thought that Hillary Clinton said, transferred to an official report. Thus the factual report of interview slants from the beginning in true FBI tradition.

Sorry FBI fans, that’s how I’ve always seen their practices. Interviews should be recorded for the sake of accuracy. Having the special agent “clean up” an interview by writing a “report of interview” rather than letting the recording speak for itself along with a transcript, is sloppy. We’re not talking about somebody stealing a cooling apple pie from the neighbor’s window frame. The nation’s future (free/slave) is at issue.

Chaffetz: “Hillary Clinton is out there saying there’s not very much sensitive information in there, that she didn’t trade in sensitive classified information. It’s so sensitive and so classified that even I as the chairman of the Oversight Committee don’t have the high level of clearance to see what’s in those materials,” Chaffetz said. “I think the documents are overly classified. We’re going to call on the FBI this week to give us a version where there’s non-classified, the unclassified material and the classified material redacted so that that could be out there in the public. I think that’s the right thing to do.”
I’m going to scoop Chaffetz and release the secretly recorded
interview that the FBI did here on Virtual
Mirage, without redactions.
Interviewing FBI Agent: Did you enjoy the luncheon that the executive chef prepared for you?
CLINTON: It was delicious. Do  you mind if I have my chef at Planned Parenthood call your chef and perhaps they can exchange recipes?
Director COMEY: It would be our pleasure.
Interviewing FBI Agent: Let’s get to the interview. What is your favorite color?
CLINTON: You know, I have so many favorites. If you look at my pantsuits, you’ll see that I wear all colors.

FBI Agent must be visualizing fabric that is indistinguishable from an oven mitt or a vacuum bag.

Interviewing FBI Agent: But if pushed to it, what is your favorite? (the FBI gets tough here)
CLINTON: Ok, ok, take it easy. (to medical assistant) Get the diazepam ready in case I seize up. (to the FBI Special Agent) I’m in frail health ever since the organic brain injury – where am I, this isn’t the coven is it?
Interviewing FBI Agent: (Backs off) Take your time Madame Secretary Clinton, there’s no pressure here. You’re among friends.
CLINTON: I’ve always favored the color black. It’s the “Master’s” favorite color. My flying monkeys prefer black as well.
Interviewing FBI Agent: Did you ever send classified information via e-mail.
CLINTON: No
Director COMEY: Whew, that’s a relief. That ends the interview. (to the Interviewing FBI Agent) Type it up with more Q and A. We’re done here. I need to call a press conference.