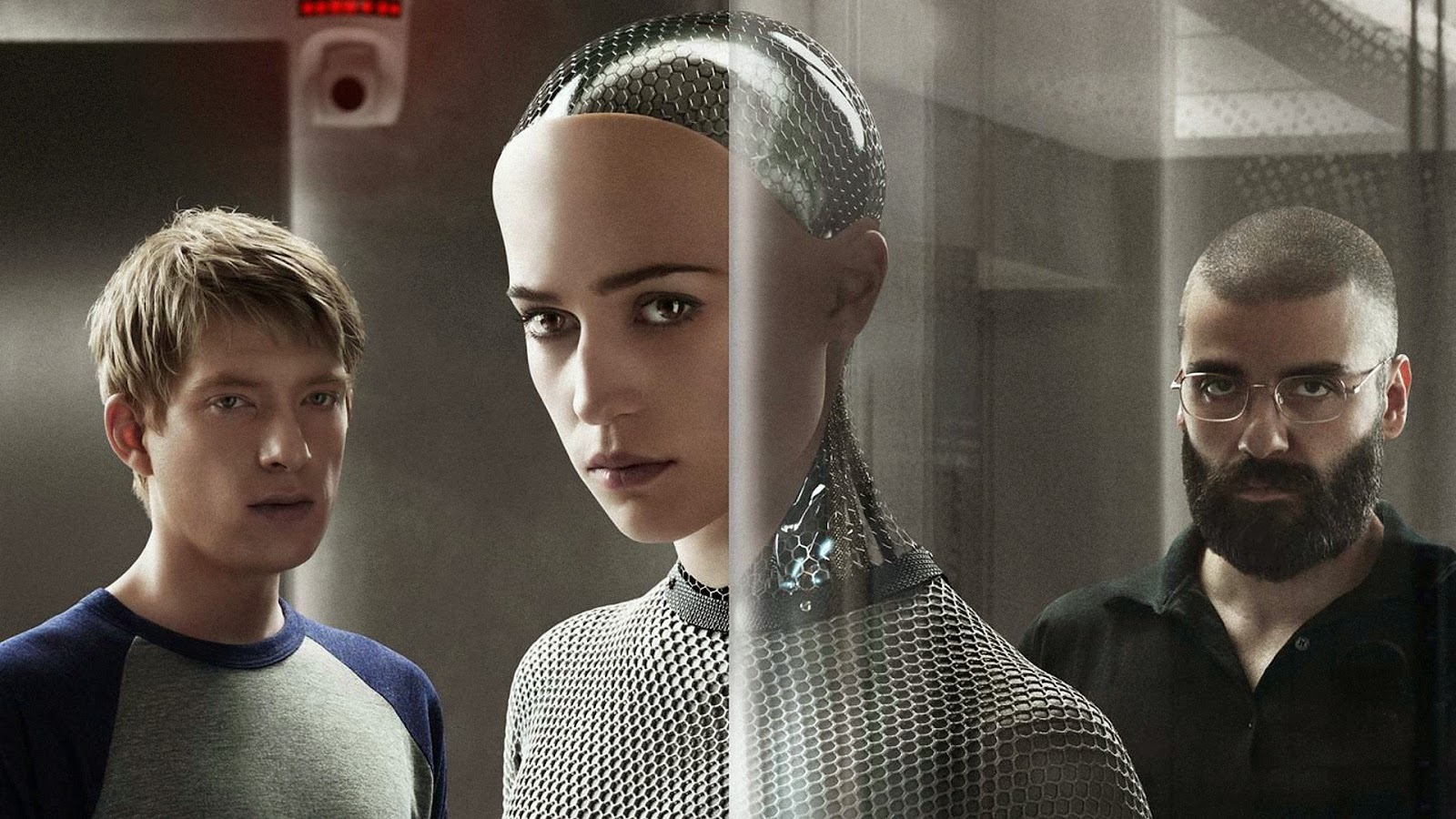 Tag Line: A young programmer is selected to participate in a breakthrough experiment in artificial intelligence by evaluating the human qualities of a breathtaking female A.I.

It’s rare that you find good science fiction in the movies. Ex Machina is the exception. It’s OUTSTANDING science fiction while also being a stylish, spare and cerebral psycho-techno thriller. Normally I provide some plot line for you to contemplate when I write a review, but in this case, you’re better off approaching it with a completely blank slate.

The film received outstanding reviews from the professionals (between 90% and 100% positive depending on the reviewer) and based on those and those alone, I went saw the film this past weekend.  I’m very happy that I didn’t read up on the film or too much of the premise of the story. 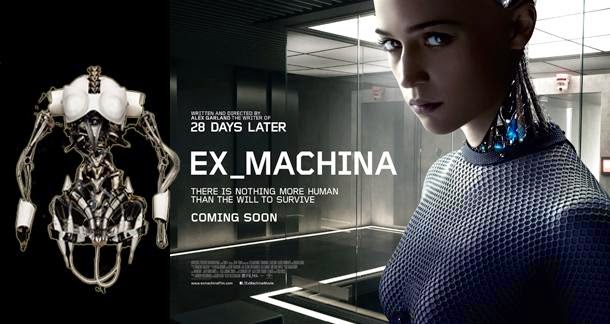 I offer this caveat. If you are not a fan of science fiction, you may not enjoy the film as much as a sci-fi person would.

Alicia Vikander (Ava), Domhnall Gleeson (Caleb) and Oscar Isaac (Nathan) all work together to produce a truly magnetic cast in the film that is set in Valldalen, Norway.

It’s not a shoot-em-up film. It’s more of a thinking man’s sci-fi. More of a Heinlein novel brought to life in its complexity.
It kept me guessing, and left unanswered questions at the end of the film, which is much like Blade Runner and other classics did.

“Do you feel bad for Ava? Feel bad for yourself, man. One day the AI’s will look back at us the same way that we look at fossil skeletons on the plains of Africa. An upright ape, living in dust with crude language and tools, all set for extinction.”