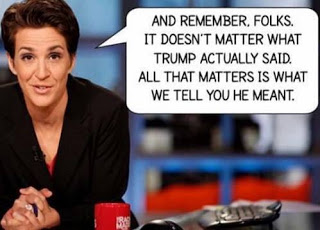 
Q – What are you reading these days, LL?

I just downloaded two books on Kindle: Fields of Fire by James Webb and G-Man by Stephen Hunter.
A – I recently finished The Malocchio Of Bodie by Jules Smith and Rimworld – Into the Green by Jim Curtis (both of whom comment on this blog from time to time).

in other Domestic News
The Deep State has a narrative that they want us to swallow. Despite the shrill, hysterical, absurdities spouted by the corrupt, elite, lying mainstream media, I think that they’re being ignored. They think so too and it bothers them.

The great and near great are lining up for the 2020 general election. Joe Biden, Nancy Pelosi, Maxine Waters and other greats within the Democrat Party are making the circuit to try and get their names out there so you’ll put them in charge. The mainstream media will support their efforts. There’s even talk of Hillary (reset and improved Hillary) running in 2020 to win what she feels that Donald Trump stole from her.
There are theories that people who aren’t attractive or talented enough to be Hollywood actors are drawn to politics. Many are lawyers who can’t make it in that profession. Some like Al Franken (D-MN) are failed comedians.  Congressman Hank Johnson (below) is a lawyer. Watch and listen as he explains his concerns about US troop deployments to Guam that might cause it to capsize. He’d make a great talking head on MSNBC or CNN once he completes his term in the House of Representatives. But I don’t think that he’ll be leaving soon. In 2014, Johnson was named the 18th most effective Democrat in the 112th Congress [out of 204 Democratic members] according to a study by Vanderbilt University and the University of Virginia (UVA). Yes, he’s among the brightest.
The amazing thing about America is that we do so well despite our leadership.