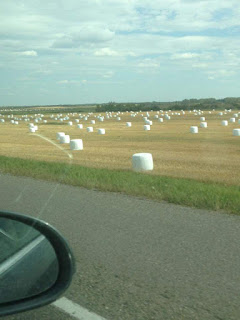 A lot of blogs out there have “tip jars” or advertising that is placed to allow you to contribute to the blog to ‘keep it going’. I don’t really need the money – myself – but I thought that since this is the Sunday Sermonette, I could ‘drag the sack’ for some charities that you could believe in. Sometimes you just don’t know where to send your money. I’m going to solve that for you here and now because that’s what the staff at Virtual Mirage does. We say that income redistribution should begin here.

For progressives, there is always a new cause, something absurd to become concerned with. It was global cooling, it changed over a decade of hand wringing to global warming, and when that didn’t work, it morphed into a war on the weather. It was income redistribution, re-stated. Now there is another crisis of intolerable cruelty.

There is a horrible truth behind marshmallow ranches. When they are fat from grazing all summer, they will be slaughtered to make smaller ones, bagged and sold in stores. Some are cut up and held over a fire while still alive!

Something can and should be done. To fight this abominable practice, send your nondeductible donation to this blog in my name and I will see to it that the money ends up in a good place.
You can make a difference. Give generously.

Negro students at the University of California – Los Angeles want segregated areas where only they are allowed to congregate. They want $40 million (as set forth below). If you want to contribute the best place to do that is this blog, but I’m talking cash, not four whole fried chickens and a Coke. I will see that the money ends up in a good place.

(Heat Street) The Afrikan [sic] Student Union at the University of California has issued a list of demands– which include a $40 million endowment, their own “safe spaces” on campus, and mandatory “cultural awareness training” for all students — as compensation for what they call racially insensitive incidents. The demands, listed in an open letter, cite different “racial attacks” on campus.
One such attack was made in the form of stickers that listed the criminal rap sheet of Freddie Gray, the black man who died in Baltimore police custody in 2015. Another sticker said “If only Freddie Gray had followed the damn law, he’d still be alive,” and another said “Stop whining and start following the goddamn law”.

Another example of racism given by the ASU was a “Kanye Western” theme party held in 2015 during which attendees dressed in baggy clothes or wore padded bottoms to look like Kim Kardashian. The outrage was tempered when Kanye West was outed as a Trump supporter, but it’s still considered to be racist.

“Since nothing has been done in recent years, the Afrikan Student Union is DEMANDING that UCLA administrators work with black students towards the development of a more positive campus climate,” the group’s open letter says.

Among its demands is a $40 million endowment, which according to the letter would fund “a comprehensive effort to address the underrepresentation of African-American students, faculty, and staff at our university”.

The list of grievances and demands is nearly endless and I’m not going to list the outrages all here. I can only encourage you to give generously here on this blog. We will work behind the scenes with your hard earned money. (Where is that donation from George Soros when this blog needs it to stay open?)
(Photos in this posting are taken from booking photos at the Los Angeles County Jail and may or may not actually be members of the Afrikan Student Union at UCLA) 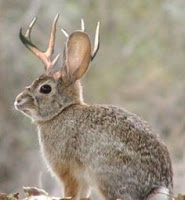 …Focused on saving the habitat for the endangered jackalope. I’d like to tell you that it met with noteworthy success but it didn’t. The ability for these noble creatures to run free on America’s plains continues to be diminished because of interstate highways – that must be closed NOW.
If you need to go somewhere, take an airplane. Allow free range jackanapes to remain unimpeded as they prowl America’s heartland.

We also take money to preserve the jackalope here at Virtual Mirage.