Facebook
Twitter
Pinterest
WhatsApp
The Good Old FBI
Hillary Clinton drew her interview material with the FBI from Steve Martin. And by now, you all know that she answered, “I have no recollection of that,” forty times during the interview according to the FBI notes (as recorded officially on a 302). Wouldn’t it be nice to have a recording of that interview to play to a grand jury? Well, don’t worry about that, because she is apparently non compos mentis which will make Hillary, being followed by somebody with the nuclear launch codes, a real circus for four years – or eight. I have no confidence in the American people’s capacity not to elect somebody who is not of sound mind.
Barack was a film-flam man who lived his life on the grift, and the electorate embraced him because of half his color. Hillary walks around telling everyone to vote for her because she’s a woman (never mind that she is not of sound mind), as if that is sufficient.

The FBI could have solved that problem for us, but they didn’t. Yes, I know, expecting them to do their duty is more than I should have hoped for.
The official story from the FBI, and I’m not making this up, is that they felt that they couldn’t recommend an indictment of somebody who “forgot everything”.  Really? Is that just the Hillary Defense or can everyone use that now? (See Steve Martin – reference above)
I’m trying not to mention the ongoing Hillary corruption activity in regard the FBI on the blog because it amazes me that the FBI would drink that corrupt Kool-Aid to the extent that they have. But they did. 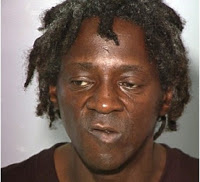 If an FBI Special Agent every asks you a question about anything, refer them to a concussion that you had between the time they ask you and the event that they’re inquiring about and tell them that you forgot. See how that goes over.

FBI: We have you on video robbing the First National Bank of Newark, Malik. Come clean, confess!

Malik Johnson: (translated from Ebonics to English) That may be me, but I hit my head two weeks ago and I have no recollection of that armed robbery.

FBI: Oh, in that case, we need to let you go. Here’s your pistol back. We’ll get you cab fare home and a few bucks for a forty.

A cynic would add that Malik will not buy a forty ouncer of Schlitz. He’d rob the liquor store. I swear, you are a bunch of cynical blog readers. Naturally, Malik would call it “looting” to avenge racism, making theft legal. But the FBI wouldn’t care, would they? Robbery of a liquor store is not within their jurisdiction — the locals can handle it — or in Chicago, not handle it.

The Issue
As I have often said, Left and Right are only flags of convenience, or inconvenience, depending on your point of view. Hillary Clinton, brain damage and all, is being supported enthusiastically by “neocons” in her run for the White House.  The political establishment hoped they’d have Jeb! to run against Hillary, and we all know how much more acceptable he is to the “Beltway Politicians” than anyone else who ran for the Republican nomination.
The only question is whether America will be absorbed into the “Global Community and New World Order”, or whether we will retain our national sovereignty. Hillary represents the power elite of a new world order (as did Jeb!) and Donald Trump represents a retention of American sovereignty over America, including a reshuffling of trade deals that we’re involved in to favor America rather than other countries.
The New World Order types must be scratching their heads, hoping that BREXIT, the trend against Merkel and the globalists in the German government (and in France) and that the rise of Donald Trump doesn’t spread further.  The FBI is doing their bit to support the New World Order. Will you?