Election Tampering in 2016 (a review) 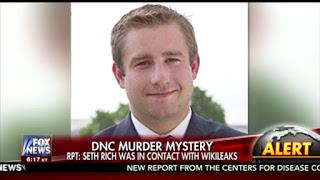 Facebook
Twitter
Pinterest
WhatsApp
There is a lot of chatter within the lying, mendacious, puerile, corrupt, smug, elite mainstream media about Russian ‘hacking’. It’s time to take a look at the facts – where are we now – without the ‘blame Trump’ rant by shrill, nasty commentators and WAPO reporters.
There’s no standing allegation by U.S. officials that the Russians (or anyone else) “hacked” into our elections system or altered vote counts despite what the mainstream media would have you believe. Their effort is to delegitimize the election of President Trump – and the mainstream media behaves as if they were in the pay of the Russian Government, but I digress.
The FBI and DHS released a brief joint report at the first of the year describing “Russian Malicious Cyber Activity.”  You can read it for yourself or you can read my summary, below. All I’m reporting is what the FBI/DHS reported last December 29.
U.S. officials allege that hackers employed by the Russian government, stole internal emails from the Democratic National Committee (DNC) and Hillary campaign chairman John Podesta and provided them to WikiLeaks. (The U.S. joint report cited above doesn’t mention the DNC, Podesta or WikiLeaks by name.) Essentially, the Russians asked Podesta for his e-mail password, which was “password” and he gave it to them. I realize that this sounds all too simple – but Podesta rolls that way.

U.S. officials have not alleged that anyone falsified the emails provided to WikiLeaks. The Russians just handed over (allegedly) what they found. Since I’m sure they were certain that “you can’t make this stuff up”, there was no need to.

U.S. intel officials have named the Russian hacking campaign “Grizzly Steppe.” No mention in the report is made of Seth Rich, the Clinton campaign staffer who was murdered under suspicious circumstances outside of his home at night (and not robbed). We also know that Rich was in contact with WikiLeaks. Apparently Team Clinton found that out too… Is Seth Rich comparing notes with Vince Foster in heaven? You be the judge.

There has been no effort on the part of USGOV to date (in open sources), to attach the theft of e-mail to Rich. It doesn’t square with the Russian theory. Make what you will of that. WikiLeaks disputes the U.S. assessment blaming Russia for the DNC leaks. WikiLeaks founder Julian Assange says: “Our source is not the Russian government… We have U.S. intelligence saying that say they know how we got our stuff and when we got it, and us saying we didn’t get it from a state.” Former British ambassador Craig Murray backs up Assange’s version: “I know who leaked them. I’ve met the person who leaked them, and they are certainly not Russian and it’s an insider. It’s a leak, not a hack; the two are different things.”
The private cyber firm Crowd Strike had determined in June 2016 that Russian agencies were behind the DNC cyberattacks. That doesn’t rule out that Seth Rich also provided information tangentially to the Russians.