Casey Anthony – Mother of the Year 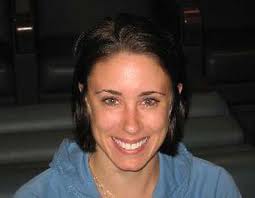 A jury of her peers found Casey Anthony (mother of the year) not guilty of murdering her baby daughter. And people howled. How could the jury do that?
However we need to take a big step back and look at it the way a “progressive” would (which is the leftist’s code word for “Democrats”). I’m sure that there were some progressive people sitting on that jury.
Casey Anthony – from a Progressive Perspective – is a hero!
She wanted to party – (LINK to Casey Anthony Party Photos) and the baby got in the way. It happens to millions of American women. And there are a lot of women who feel that a baby would be a millstone around their necks. (roughly 4,000 babies are aborted in America every day (LINK)
Really, the Casey Anthony situation is very similar to the 1.4 million babies aborted (stats op cit) every year in America. They’re inconvenient – they will potentially interfere with lifestyle, and they have to go.
That’s simply my view of the situation. And if you’re outraged at her conduct, look around. That same philosophy abounds.