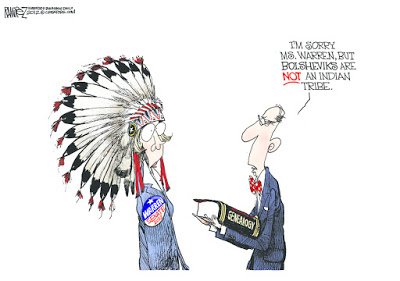 Elizabeth “Fake Indian” Warren is now fighting the political battle of her life against those accusing her of faking her ancestry to advance her career.
In the latest incident, someone suggested she take a DNA test to prove her heritage. She’s so sure about her heritage that she’s “not going to let someone take it away” with a DNA test.
She announced that if nominated she would not run and if elected she would not serve as President of the United States — but what could be more progressive than to have a fake Indian female as president? Actually, I think it would be as fun to watch Sen. Elizabeth Warren (D-MA) run as it would to watch Rep. Nancy (Nasty) Pelosi (D-CA) run.
About IQ
Rep Maxine Waters (D-CA) is outraged that President Trump suggested that her IQ was somewhere close to the temperature of ‘tap waters’. She said that it was, “outrageous for the president to ask an aging woman of color to pee into a cup to prove her IQ.” 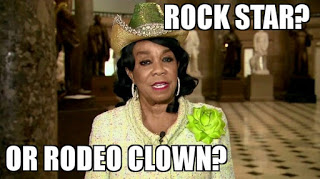 Then there is that other old negro woman in the House of Representatives who wears that repellant ratty old wig with a cowboy hat perched on top – Frederica Wilson (D-FL). Somebody professional needs to take a close look at that personality disorder.

I realize that she’s somebody’s daughter and may even be somebody’s mother so poking fun at her would be wrong if she didn’t poke so much fun at herself.

How can anyone take that seriously? 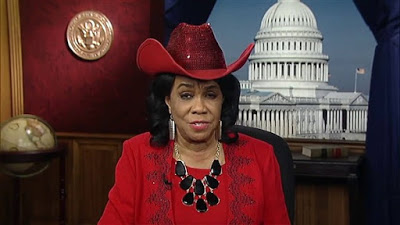