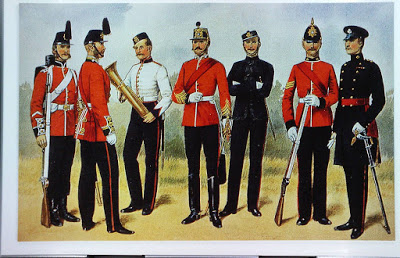 The King’s Shropshire Light Infantry 1865 – 1912
The British Army stopped going to war wearing red before the onset of hostilities in the First World War. Some regiments still wore navy blue patrol uniforms, though. Officers wore swords, and horse cavalry was considered essential – in 1914. We always prepare to fight the last war.
Keep that in mind as I shift gears for you. 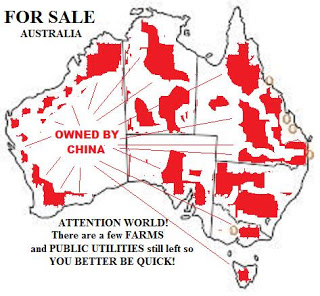 Australia is for sale, and as the graphic illustrates, there is still some land left, even though the choice pieces seem to be owned by China. (Australia’s northern neighbor)
There’s not much manufacturing left in Australia compared to the way the nation ran things fifty years ago. It’s cheaper to import foreign goods. Foreign fuel and even foreign food, though Australia could be self sufficient.
America was putting itself in the same position and while we’re not out of the woods, you have to give a lot of credit to President Trump for having the vision to renegotiate American trade. Sadly, not every nation has a President Trump who is willing to put their own nation first.
I like Australia and get on well with Australians. But when everything except the Simpson Desert is owned by China, who will the New Australians be?
And both the US and the Australians are preparing to fight the last war. Not the next one.
Meanwhile, crack open a Fosters and put a shrimp on the barbie because everything is fine down under.