Yes there are those among you who feel that Barack Hussein Obama doesn’t deserve all of the awards he’s winning. You’re a bunch of CYNICS! I know that he didn’t really do anything to win his Nobel Peace Prize, but conservatives don’t understand that he won the award for what he clearly told everyone that he intended to do (bring peace to the planet), not for what he did in his first ten or fifteen days in office. 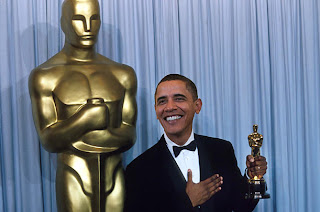 Last night Barack Hussein Obama won the Academy Award for Best Actor and nobody should feel inclined to take it away from him. He’s clearly the best actor on television today. Put a teleprompter in front of him and — well it’s just magic. Watch him campaign for a political office he’s already won. Yes Rahm Emanuel and David Axelrod are miffed that they didn’t get best supporting actor – but they are not THE ONE, are they? 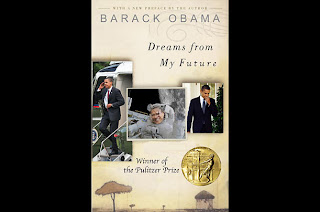 Obama will win the Pulitzer Prize this coming year for his upcoming book, Dreams from My Future. Best guess, the award will arrive before the book hits the press so it can appear on the cover. In the book, Barack Hussein Obama’s Legions march forward to great glory and everyone in Amerika attends the Black Liberation Theology Church and loves Big Brother. 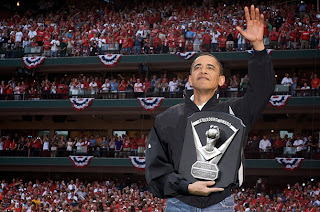 And who can forget Barack Hussein Obama winning the Cy Young Award for both the American and National Leagues this last year. It was the first and may not be the last time a man who throws a baseball like a little girl wins the award in leagues he never participated in. There are four more years in his term of office and it would be appropriate to present the award to him in advance for the next three years. (he has a busy schedule and making time to receive the award is always a problem)

Sandy Koufax was the first pitcher to win a unanimous vote and then to win it a second time two years later — however Barack Hussein Obama will win the award by unanimous vote four years running without pitching an inning, thereby eclipsing Koufax’s record.