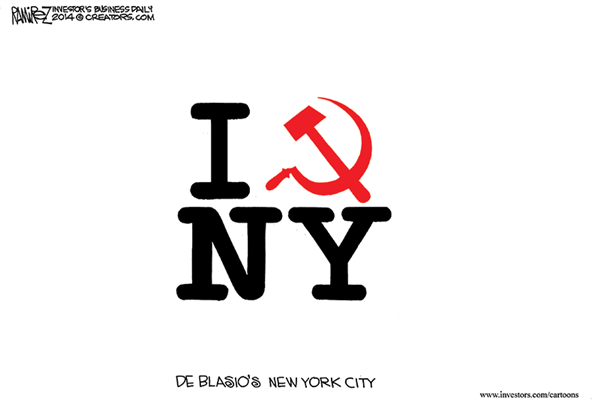 I’m not a conspiracy theorist. It’s difficult to attribute much in the Obama Administration to a conspiracy since Barack Obama swept into the White House with the stated promise to radically transform America. Those were his promises. The ACORN Scandal, IRS Scandal, Benghazi Massacre, Fast and Furious Scandal, etc. were simply manifestations of that stated goal.

We see communists stirring up people to anger in New York City against the police and find its strange that the President of the United States, the son and grandson of communists, would praise the upheaval. We have a nation that embraces the concept described by George Orwell, himself a former communist (which is why he understood them) said in a moment of sublime clarity, “The choice for mankind lies between freedom and happiness and for the great bulk of mankind, happiness is better.”

Apathy and complacency are not new in America, but the cause and effect has become so profound that it requires another look. Euripides covered some of these issues in his blog, referenced HERE. It’s worth reading what he had to say, a portion of which I cite below as an integral component of this rant, which is unlikely to be my last for 2015.

“With a president, a vice president, an attorney general, the IRS, the DHS, and the news media all vying for control and power over the American people, those who should be protecting the rights of all Americans have been replaced by power mongers and demagogues. (emphasis added)

It brought to mind a quote from George Orwell’s classic, 1984:

“Now I will tell you the answer to my question. It is this. The Party seeks power entirely for its own sake. We are not interested in the good of others; we are interested solely in power, pure power. What pure power means you will understand presently. We are different from the oligarchies of the past in that we know what we are doing. All the others, even those who resembled ourselves, were cowards and hypocrites. The German Nazis and the Russian Communists came very close to us in their methods, but they never had the courage to recognize their own motives. They pretended, perhaps they even believed, that they had seized power unwillingly and for a limited time, and that just around the corner there lay a paradise where human beings would be free and equal. We are not like that. We know what no one ever seizes power with the intention of relinquishing it. Power is not a means; it is an end. One does not establish a dictatorship in order to safeguard a revolution; one makes the revolution in order to establish the dictatorship. The object of persecution is persecution. The object of torture is torture. The object of power is power. Now you begin to understand me.”

No conspiracy. Just stated objectives – right out there in the open. And you think that there is a rational choice between Hillary Clinton and Jeb Bush? The only difference between them is gender.

(Fox News) Homeland Security spent $50 billion over the past 11 years on counterterrorism programs, but the Department cannot demonstrate if the nation is more secure as a result.

Coburn also found that 700 miles of the nation’s southern border remain unsecured. The DHS is not effectively administering or enforcing the nation’s immigration laws, while only 3 in 100 illegal immigrants will ever face deportation.

This is not the result of a conspiracy. It’s simply stated policy of the Obama Administration.