Dissent: The Highest Form of Racism

Welcome to the brave new world of “identity politics” with a focus on racial quotas and egalatarian obsessions which make race the central issue in any debate.

While running for office, Dear Leader silenced all of his critics by branding them RACISTS. Lo and behold, it worked. As a member of Rev. Wright’s Black Liberation Theology cult, he had twenty years to get the syntax down.

“In the 60’s the liberal left and the Democratic Party became the champions of civil rights –a cause with which they were NOT historically associated, but events of the time conspired to make them the standard-bearers of racial equality–an unaddressed social issue in this country that plagued and highlighted some of the hypocrisy in its high-minded and lofty values from the very beginning. It was definitely time to make the American promise that so clearly burned in the minds of the Founding Fathers real for all Americans.
“Championing this cause was so successful for the Democrats as a political party, that they quite naturally took up the causes of other identified “victim” groups (women, the disabled; homosexuals, etc.); successfully leveraging their heroic stand on civil rights as proof of their concern for the oppressed and “the little guy”.

“Along the way, the Democrats picked up a few holy mantras (“Roe v Wade” and the whole abortion rights movement ; “Make Love Not War” and the entire antiwar crowd; etc.) and, about this time, they became very seriously infected with the Marxist virus that had already spread throughout Europe, despite being the cause of human misery as well as millions of deaths around the world.

“The liberal left failed to notice that the American people rose to the challenge of equal rights and that society changed under the irrefutable logic of human freedom and equal opportunity for all. The promise of liberty was, after all, the founding principle of our nation.” (H/T Dr. Sanity)

Democrats and the liberal left were threatened by the succes of their attempt to change American society. Blacks; women; and even Gays were making incredible progress in assimilation into society — and could now move on to say and think what they pleased. They might even choose to become Republican; or disagree with some entitlement program; or challenge directly the ideology beneath the Democratic Party and the left !

It’s not so hard to understand that those who once championed the oppressed and encouraged them to be free and partake of all aspects of American society; now have become the most potent enablers of the victimhood cults that sprang up in each of these groups.

Those whose identity is tied-up inextricably with being the champions the oppressed, must be sure to maintain an oppressed class–constantly seeking new victims to heroically stand for; otherwise what or who will they champion?
Most Americans who are not indoctrinated into the Marxist worldview and obsessed with victimhood can clearly see the real progress of Blacks and women–indeed all minority groups– in all aspects of society. They can appreciate individuals from those groups who forged into previously restricted areas and broke barrier after barrier, even if they are not Democrats or subscribers to leftist theories.

Not only did the liberal left exhibit almost complete blindness and fail to celebrate its greatest success , but they became more and more strident in their demands and denunciations of American society as a whole. This entire process coincided with their increasing irrelevance and loss of political power. In response, the

left is trying to change the playing field to insure that they remain relevant by switching from demands for “equal opportunity” to an insistance on “equal outcome”. Since it is impossible to achieve the latter–except in a totalitarian society, where everyone is made equally miserable; or in death itself–the left hopes to achieve new power and influence over a neverending victim class that they will have created through their policies. The paranoid style conveniently defends those policies and effortlessly maintains their defective worldview. 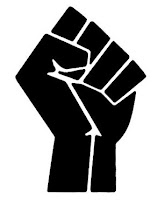 Any who oppose the “equality of outcome” logic are descibed as “racist”. Those who disagree with them are “trying to shut down free speech”. Those who point out the errors in their thinking are “evil”. American society–arguably the freest and most tolerant in the world–becomes the source of all oppression and evil.
The Mainstream Media has been completely co-opted by this philosophy and the fear of being branded “racist”. Therefore they turn a blind eye to the coterie of Marxists, utopian socialists, Black Liberation Theologists and radicals who have occupied the White House. That Congress shivers in its timidity to oppose any sense that guaranteed equality of outcome is ABSURD, but very real. And at the same time, the nation shudders under the yoke of financial burdens that are compounded by the present administration which will reach into the generation yet unborn.
This is what we are up against.