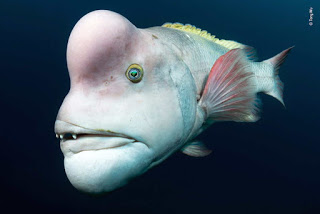 Facebook
Twitter
Pinterest
WhatsApp
Some say it’s Harvard, but the problem is larger than just that one school and it’s larger than the Ivy League. Much has been written on the subject and I’ll be brief in this polemic. It starts with the admissions office and the soft con required to get through the doors. While it’s true that objective and subjective measures are required to discriminate between ten thousand applicants to get it whittled down to a hundred chairs, it’s often a litmus test to see whose parents have the most stroke.

Harvard and its affiliates will inflict some kind of damage (academic, emotional, occasionally physical) on everyone who lingers there. It is a place where everyone is out to get everyone else. In a place where no one can be the best at everything, everyone takes any chance they can get to measure up to their peers. It is a mob of ruthless young overachievers with a taste for blood.

At Harvard, both faculty and student body believe that each of them is a “heroic being,” that their individual happiness is a moral absolute, that their own reason is ironclad and incorruptible. Just look at what four years of that does to a person. Half of the graduating class will end up at Wall Street investment banks, where a soul is an incumbrance that will only get you into trouble.

It explains why so many politicians find their origins at Harvard or Yale as did Mark Zuckerberg and Ted Kaczynski (the Unabomber). And maybe they’re just so much smarter than the rest of us that we can’t really imagine what it’s like. I’ve rubbed shoulders with these folks in my life. Most of them lack a basic humanity as if it was scourged from them…but not all. In order to appear to be well rounded, some take a sabbatical (funded by dad’s cash) where they work one summer building homes for Habitat for Humanity, or backpack through Malaysia. These adventures stand alone as their ‘journeys of self discovery’ that a lot of them fall back on when accused of being a bloodthirsty, heartless, and soulless creatures. Many these days self-identify as “queer”, which suggests that they may not reproduce (individually) to spread their DNA further – like a whale beaching itself instinctively when it’s sick.

I suggest that when a budding politician touts their Ivy League credentials, that you vote for the other person.