Home Blog Post What’s ...
Facebook
Twitter
Pinterest
WhatsApp
Roughly two million people marched on Washington DC yesterday. Today the media is making a mockery of them. Dear Leader and his factotum, Axelrod are suggesting the people weren’t serious.
What is our next move?
I really don’t know. I’ve never protested before. I’m not a professional. Maybe we need to hire some Democrats as consultants…
Question to the DC Capitol Police: Will you shoot us if we are passively disobedient? I wouldn’t put it past Dear Leader ordering the tanks to grease their treads with our guts… But would the police – and the National Guard attack Americans holding the stars and stripes with their home made signs? 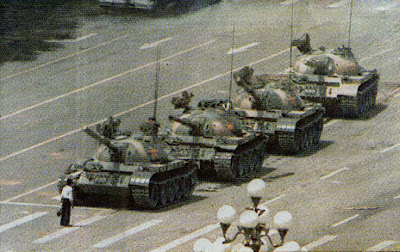 Dear Leader doesn’t hear us, he doesn’t care what we say. His media downplays our sense of concern about his agenda items all the way from deliberately devaluing US Currency, imposing socialist institutions in place of free market institutions, etc. 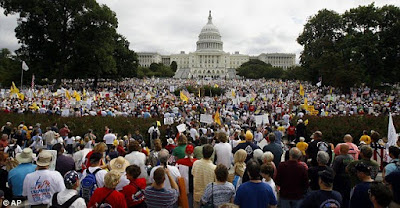 In April 1989, the Dear Leader In China didn’t listen to the people either. All they wanted was democracy — oddly enough the same thing we want — representatives who LISTEN TO US. Not representatives who call in ACORN or SEIU thugs to beat and bully during public meetings. 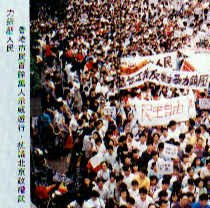 Do we need to make a statue of Lady Liberty on the Capitol Mall in order to draw attention to our plight the way the Chinese did? 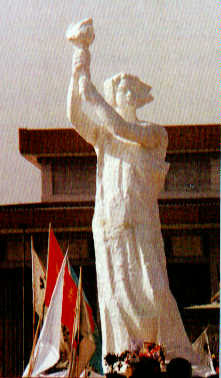