Facebook
Twitter
Pinterest
WhatsApp
Some say that we can trust the government. Historically that path has been trod and the results have usually been met with frustration (to be kind about it). Today President Obama begins his second term in office. Mr. Obama demonstrated during his first term in office that he and his selected coterie of officials are short on the truth and long on lies.
Do you trust Mr. Obama? Do you trust your government to see to your best interests? Though it’s been 122 years since the last Indian Battle (outlined below), that has since been accepted as a massacre of mostly women and children — if we don’t read and regard history, we will repeat it.
This ‘battle’ was a firearms seizure – that escalated. Make of it what you will.
Context
The historical dealings between the USGOV and the Indian Nations was one of broken promises. I’m sure that USGOV kept its word at times — but those brief moments were fleeting as subsequent administrations chose to ignore treaties. In the latter 1880’s, the Lakota Souix were victims of this policy as ‘their turn came’. The buffalo herds had been hunted to extinction by the encroaching settlers and non-Indian hunters. Treaty promises to feed, house, clothe and protect the Souix on the reservation were not honored. By the winter of 1890, the small remnant of the Lakota Souix were near starvation. Most of the men had been killed and the tribe consisted primarily of women and children. (h/t John Coffey for reminding me of this event)
The Event
Spotted Elk’s band consisted of Miniconjou Lakota and Hunkpapa Lakota. Though they were on the reservation, their situation had become precarious because of their lack of food and shelter. So they were on the move, not to leave the reservation, but to try and find a place to make a winter camp. The US 7th Cavalry Regiment intercepted them on December 28, 1890 and brought up reinforcements so that by the evening of that day, all 500 soldiers of the regiment were present at Wounded Knee Creek where the Indians made their camp.

The US Army and accompanying Federal Agents decided that it was in the Indian’s best interests to disarm them for ‘their own safety and protection’. At daybreak on December 29, the cavalry surrounded the 230 women and children and 120 men of Spotted Elk’s band. The US Army brought 4 Hotchkiss rapid fire howitzers with them and set them up around the Indians in addition to the heavily armed soldiers.

The 1.65-inch (42 mm) gun and accessories could be packed on two mules. The gun was introduced as a modern replacement for the aging twelve-pound mountain howitzer. At Wounded Knee, they were loaded with grape shot (think of a shotgun loaded with a hundred one-inch ball bearings and you get the picture).

Col. Forsyth ordered the surrender of weapons and the immediate removal and transportation of the Indians from the “zone of military operations” to awaiting trains. They were to be removed from their reservation (given them by treaty). The army searched the camp and found 38 rifles. More rifles were taken as the soldiers searched the Indians. None of the old men were found to be armed.
Keep in mind that the rifles were the tribe’s only way to feed themselves even though by this time there was no game remaining.
Tension mounted as Black Coyote, one of the Lakota men refused to give up his rifle; he was deaf and had not understood the order. Another Indian said: “Black Coyote is deaf.” (Meaning that he did not speak English). When the soldier refused to heed his warning, he said, “Stop! He cannot hear your orders!” At that moment, two soldiers seized Black Coyote from behind, and in the struggle (allegedly), his rifle discharged. At the same moment Yellow Bird a medicine man threw some dust into the air, and approximately five young Lakota men with concealed weapons threw aside their blankets and fired their rifles at Troop K of the 7th. The Army cut them all down.
Around 40 members of the 7th Cavalry were killed, over half cut down by friendly fire from the Hotchkiss guns of their overzealous comrades-in-arms. Twenty members of the 7th Cavalry were deemed “National Heros” and awarded the Medal of Honor for the murder of 297 disarmed people — mostly women and children. The Army needed to SPIN THE SITUATION and the best way to do it was to characterize it as a desperate fight. The media swallowed the lies and approved of the firearms seizure. After all, they were Indians (under the Army’s protection). 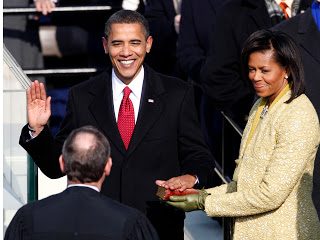 The Lesson
Today, the Bill of Rights which includes the Right to Keep and Bear Arms is on the table. If that right is removed, it will be taken away “for our safety and protection”. Do you trust your government to protect you?