Guns in Schools – Progressives on the Move! 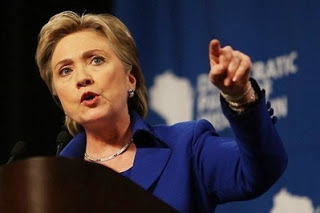 The Problem
When I was a kid there were squirt gun epidemics every spring. Every student in elementary, junior high and high school came equipped to squirt water at each other and at the same time, annoy teachers.

Teachers confiscated squirt guns. (and students found ways to liberate the contraband squirters and put them back into circulation). School kids weren’t expelled. They were not forced to undergo psychological testing or biological probing in an effort to determine what caused them to bring a squirt gun to school.

Today these sorts of things that won’t even put an eye out, are now consistent with terrorism in America.

(Michelle Malkin) A 5-year-old girl was suspended from school earlier this week after she made what the school called a “terrorist threat.”

The kindergartner, who attends Mount Carmel Area Elementary School in Pennsylvania, caught administrators’ attention after suggesting she and a classmate should shoot each other with bubbles.

“I think people know how harmless a bubble is. It doesn’t hurt,” said Robin Ficker, an attorney for the girl’s family. According to Ficker, the girl, whose identity has not been released, didn’t even have the bubble gun toy with her at school.

The kindergartner was ordered to undergo a psychological evaluation during her 10-day suspension, which was later reduced to two days. The evaluation deemed the girl normal and not a threat to others, Ficker said.

The girl’s family is considering a lawsuit against the school to get the blemish – all because of bubbles – off their daughter’s record.

“The mother has tried to get the girl in another school since this time, and they won’t take the little girl because of this mark on her record,” Ficker said.

I’m frankly surprised that the school didn’t brand the five year old girl’s face with the scarlet letters, HK (Hello Kitty), as an enduring symbol to all that her crime needs to follow her through life.

Progressives Expand their Search for the Guilty

TALBOT COUNTY, Md. (WJZ) — Is it child’s play or a serious threat of gun violence? For the second time in less than a month, a Maryland child has been kicked out of school for using his finger in the shape of a gun. There’s controversy at a Talbot County school after two 6-year-old boys were suspended while playing cops and robbers during recess and using their fingers to make an imaginary gun.
This is the second time a Maryland child has been suspended for such play. Earlier this month, 6-year-old Rodney Lynch was suspended from his Montgomery County school after pretending to fire an imaginary gun more than once.

Why is Hillary Clinton free? Note that her finger is tilted to the side displaying the deadly “ghetto kill shot technique” as she threatens to murder all Americans (see photo above). She pointed at us through the television screen.  She’s going to do a Benghazi on us all! Has anyone registered her finger? It’s time to confiscate that finger surgically and hold it as evidence of her genocidal intentions. Using school board logic, that’s what would have to happen.

A Progressive Wet Dream
Neither pointed fingers nor Hello Kitty Bubble Blowers are protected by the Bill of Rights/US Constitution, so liberal educators are having a field day in their relentless persecution of children who might some day be disposed to own firearms. Never mind that none of the suspects accused of pointing fingers or discussing bubble blowers (that were never brought onto school property) are five and six years old, respectively. Persecution of small children can’t begin too soon if they’re suspected of “conservative leanings”.
Where do school districts find such morons — to act as role models and to teach America’s youth?  Is this the sort of educated leader that our university systems are churning out?