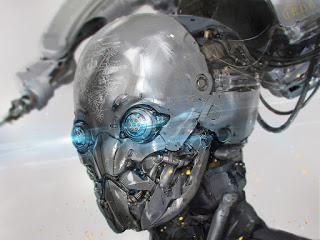 Will artificial intelligence render religion obsolete within our lifetimes? Some people think so (here).

The article cited above suggests the arrival of “technological singularity”,  a hypothetical event related to the advent of artificial general intelligence or “strong AI”). Such a computer, computer network, or robot would theoretically be capable of recursive self-improvement (redesigning itself), or of designing and building computers or robots better than itself. They project that it will arrive within about thirty years, possibly to coincide with the arrival of true quantum computing.

A project that I’m working on at a university in Texas at the moment will result in “strong AI”, but not strong in the sense that the machine is self-aware.

I’m not a neophyte in the field, but there are different ways of constructing AI to use networks as tools. The power of those networks is clearly growing in such a way as to provide predictive information that has a strong degree of confidence. It’s not machine based “Minority Report”, but along those lines, using information that is not classified – – totally open source (expansive integrated meta data + AI).

Ethics in privacy and civil rights enter in but when we give away so much of our privacy willingly, it’s difficult to blame the people who build the machines that then use it.

It comes to the point where you have to be wiling to give up your cell phone, computer, credit cards, television cable subscription, etc. — moving completely off the grid. Most of us can’t do all of those things and earn a living. Some few can.

The technical singularity point is the point beyond which events may become unpredictable or even unfathomable to human intelligence. Atheists believe that at that point, the machine(s) will become God and so it goes.

I’ll leave my opinion on the matter to my responses to comments that you may choose to make.