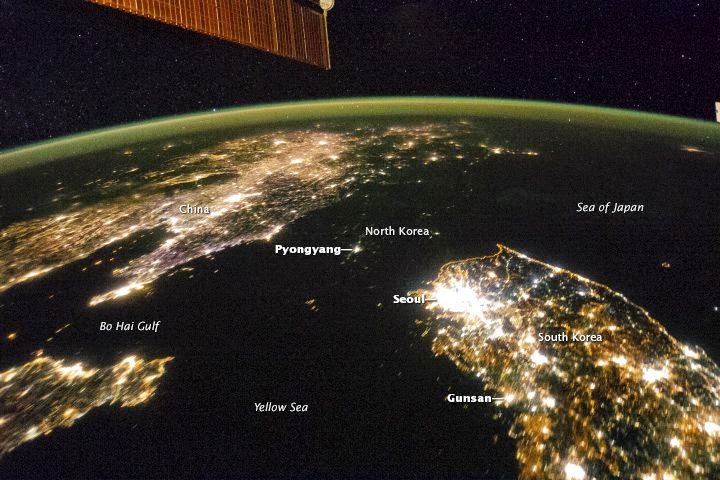 Facebook
Twitter
Pinterest
WhatsApp
The North Koreans can’t allow the world not to pay attention to them or to trivialize them. Under most circumstances nobody cares what they do. It’s a backward communist nation that can’t feed itself, but spends a lot of money building weapons.
Since they are in the news again, having initiated a cyber attack against Sony Pictures in the United States, there will be an American response that is proportional – war by other means perhaps?
Thus, I wanted to keep you all (y’all) up to speed with the latest to try and make sense of what they’re doing now, trying to put it in context.
Democratic People’s Republic of Korea = DPRK = North Korea
DPRK media/propaganda departments have been busy this weekend. The Policy Department of the National Defense Commission issued the following statement on Sunday, 21 December 2014.

“The strange thing that happened in the heart of the US, the ill-famed cesspool of injustice, is now afloat in the world as shocking news.”

“The Democratic People’s Republic of Korea (DPRK) has already launched the toughest counteraction. Nothing is a more serious miscalculation than guessing that just a single movie production company is the target of this counteraction.”

“Our target is all the citadels of the U.S. imperialists who earned the bitterest grudge of all Koreans. The army and people of the DPRK are fully ready to stand in confrontation with the US in all war spaces including cyber warfare space to blow up those citadels.”

“Our toughest counteraction will be boldly taken against the White House, the Pentagon and the whole US mainland, the cesspool of terrorism, by far surpassing the “symmetric counteraction” declared by Obama.”

The meaning of the “toughest counteraction” is not clear, except that DPRK plans to attack additional targets. The term might refer to another nuclear detonation. They do that from time to time the way a spoiled child breaks a toy to show its displeasure or to express the need to be paid attention to. In the past these counteractions have been nuclear detonations (test) or missile launches. Lighting off a nuke ticks off the Chinese more than anyone else. Since the Chinese feed the DPRK, I think that’s less likely. More likely it will be a missile launch or another cyber attach, sponsored by North Korea. Possibly on Christmas Eve or Christmas Day.
The Foreign Ministry of the DPRK released the following statement on Saturday:

“The efforts of the DPRK government to build the world’s best power and a land of bliss for people where they are well-off as the masters under the socialist system have faced a grave challenge of the hostile forces….It is the most vivid manifestation of the U.S. harsh hostile policy toward the DPRK aimed at isolating and stifling it at any cost. Washington, in utter disregard of the procedures and regulations of the UN, staged a farce of making the “human rights issue” of the DPRK an official agenda item by instigating its followers at the UN Security Council even before the adoption of the “resolution” at the UN General Assembly….”

DPRK has done and continues to do everything it knows how to increase its nuclear capabilities, generally with limited success. It is a threat so oft repeated and in so many different contexts that it no longer intimidates anyone. Its terror effect also is undermined by the reasonably well known limits of North Korean capabilities to make more nuclear devices. It has the fissile material for a half-dozen devices and possibly a dozen, according to open sources.

Russian President Putin invited DPRK leader Kim Jong Un to Moscow next May to participate in celebrations honoring the 70th anniversary of the Russian victory in the Great Patriotic War. The significance of the invitation is best understood in the context of Kim Jong Un’s foreign travel — Kim has never visited a foreign country since he inherited power upon the death of his father Kim Chong-il in 2011. He wants an appropriate public debut.

Russia can do even less for North Korea than before because of the drop in the price of oil. They are attractive to Putin because he can needle the US with almost no consequence, simply by siding with North Korea on nuclear issues. Now that Russia has no rubles to lend or extend, his ability to needle the US is embarrassingly negligible.