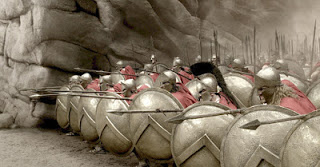 Facebook
Twitter
Pinterest
WhatsApp
The progressive agenda never delivers anything lasting. Robert Heinlen said that, “something given has no value.” The receiving class (106 million of them in the USA at last count) who receive means-tested benefits from the federal government in all its varieties don’t get it. It’s the Achilles heel of democracies – you take from one group to buy votes from another. The process creates a generation(s) of weaklings. In medieval times it went like this, “If you choose the company of weaklings, cowards and fools in your court, don’t be surprised when your castle is laid waste.”

The Democrat Party chose the company of weaklings, liars, cowards, fools, Satanists and other curs and a nation repudiated them soundly. They are presently reassessing and based on what I read, they are doubling down on sucking in socialists, BLM militants and freaks for their next go-round.

A strong future is based on the capacity of a nation to discriminate – to choose weapons that are effective based on discriminate quality – to choose friends based on discrimination – to choose true faith over faithlessness based on discrimination. Non-discrimination is weakness incarnate – a lie that is repeated again and again in hopes that mindless repetition will make it true.
I am not suggesting that it is noble to prey on the weak, but it’s important to choose strength not only for your future but for the future of all around you who you care about.
When my daughters were small, I taught them not to trust strangers – to discriminate so that they would be able to tell friend from foe. My daughter, Kelly, went to an ATM yesterday in her soccer mom van with three little girls (two weeks to seven) inside. A low-life male approached her and attempted to take her money, saying that other people needed it more than she did. The five-foot two lady fended him off, kicked his butt to Pizza Hut, and sent him on his way worse for wear. She didn’t surrender her money to the hobo principally because she discriminated. Better that she and her children keep her money that to hand it over to a shiftless bum of the sort Barack empowered.
Not long ago, I had a discussion with an older sister of Kelly’s on the need to keep a handgun available for situations such as that one where the assailant might have more than hands and feet. Kelly has access to firearms but doesn’t carry. Her choice.

In the same way, family, tribe and nation must learn to discriminate and use judgement. Or they will be enslaved by others. I know this because it’s the history of man. The most suited to achieve and win do so and those suited to serve, fall into line as they have throughout all time.
Everyone is not your friend and everyone is not your enemy, but it’s useful to be able to discriminate to make that decision for yourself.