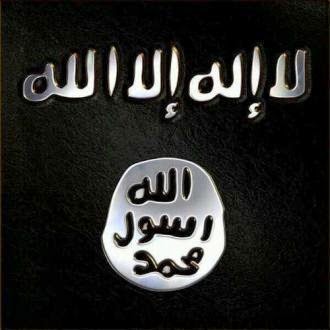 For those of us who study these things either professionally or as interested amateurs, there is a familiar pattern for governments which are losing the battle and the nation. (Recall the Republic of Viet Nam) Governments under stress trade space for time and fall back on the capital, which is the last bastion to fall. They hope to consolidate their assets and take back territory ceded to their enemies. The familiar pattern holds that the military formula that has driven the losses makes this reassertion nearly impossible without outside assistance. In the case of Iraq, it would mean several tens of thousands of soldiers with their own lines of supply and communications. Those additional soldiers would have to be able to hold ground on their own.
SYRIAN MODEL

The Syrian fight is relevant because it is one of the examples wherein outside help enabled a besieged central government to take back territory. The military formula for violent internal instability favored the rebels and the forces loyal to Damascus were gradually falling back on defense of key towns, ultimately Damascus. The timely and effective intervention of Lebanese Hizballah forces last year plus some Islamic Revolutionary Guards Corps fighters from Iran changed the force and resource ratios in favor of the government.
IRAQI MODEL 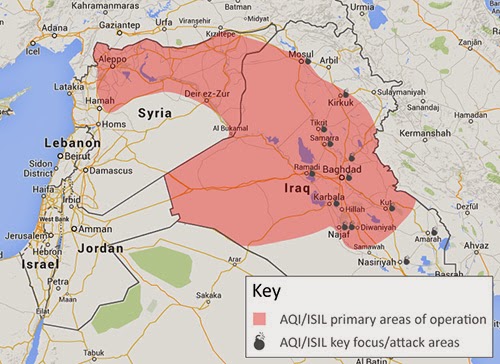 The Iraqi leadership apparently has decided to concentrate its resources for the defense of Baghdad. Thus, it is withdrawing forces from the periphery or cutting those forces off in order to find a defensive line it can hold and conserve resources. For now, the government is ceding the Sunni Arab regions to ISIL. This is a partial strategic success for the Saudis and Qatar, both of whom Iranian Ayatollah Khamenei blamed for the fighting Iraq.
The Baghdad power center is determined to take back the territory it lost, but lacks the resources. There is no source of manpower or resources on which Baghdad can draw that would provide a reasonable chance of recovering the lost Sunni Arab governates. The mustering of the Shiite militias should be enough for the defense of Baghdad, but a Shiite army in Sunni Arab land, around Samarra for example, is a prescription for massacres.
USA POSITION 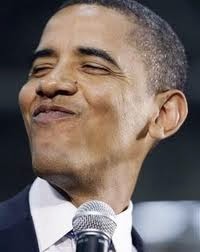 An American draw-down in forces post Iraq War made sense. The Obama Administration didn’t work very hard to obtain a status of forces agreement. When no agreement could be reached, it justified a wholesale pull-out.
Despite Barack Obama’s assertions that Iraq became an oasis of peace and prosperity, the nation was gripped by a civil war, the expansion of which recently became too big to ignore. Even the mainstream media began to break ranks and covered the fall of Mosul and the expansion of ISIL (above). It’s difficult to suggest that the Obama regime was embarrassed by this since they seem immune to embarrassment. Note the many scandals which have gripped them. These days it’s a scandal-a-week.
Sending US troops there makes no sense. There is no role for the US in a civil war. When we removed Saddam Hussein, the civil war was inevitable. At the time I argued for a partition based on Sunni/Kurd/Shiite territory and I wasn’t alone. It made sense. Now it’s fracturing along those lines and the fate of Baghdad hangs in the balance. Both the Sunnis and the Shiites hate the US. There is nobody to back. The Kurds have enough control in the north to cover their interests but of the entire group of Iraqi interests, they are the most friendly to the US. The US is not able to do much there. Kurdistan (if you can call it that) is bounded by Turkey on the north, which hates the Kurds, ISIL held lands and Iran.
The Obama Administration’s bungled foreign policy squandered the blood and treasure that the US poured into Iraq and all the kings horses and all the king’s men can’t fix it now.
Sending in a few American troops in unarmored vehicles as advisors is an incredibly BAD idea. American blood and treasure at this point should be off the table completely. The map of nations is being redrawn. Best to sit back and watch it unfold at this point.