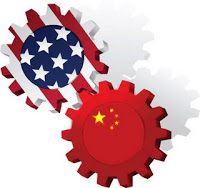 As a non-professional China watcher, the current situation there, which ran down the the NY Stock Exchange by 1000 points last week is not surprising. What should surprise anyone is that anyone is surprised.
Despite the general public sense in the US that China has no problems, one must but look at the situation there and the nature of the PRC (and the Chinese people over the past 3,000 years or more) to understand what is going on. The Chinese generally consider themselves to be ‘celestials’ and therefore incapable of making a blunder. Internally, the natural response to this sort of melt-down must be blamed on foreigners. However, the fault is not in the stars but in themselves.
A widespread demand for more material goods has fueled rising wages in China. Thus it’s not  the attractive place to do business that it was ten or even five years ago. And it’s getting worse. The housing bubble (widely reported) is very near to bursting and the government is not sure what to do about it. 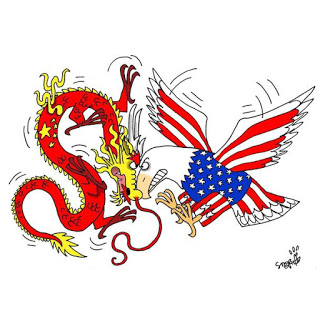 The RMB (Chinese national currency) should be around 7 to $US 1. It’s currently 6.2:1, and thus both the Chinese government and everyone else understands that the 2% devaluation of the RMB by the Chinese Central Bank a week ago will be followed by more devaluation. That anticipation is causing real concern by anyone who is holding RMB. This is exacerbated by the US Federal Reserve’s anticipated raise in interest rates later this month.
The Chinese people have hardly felt the effects of their slowdown so far. The pain has been exported to Brazil, South Africa, Australia, and other countries that live off China’s commodity demand. However that it like a snake eating its tail and can’t go on forever.
Despite the general public perception in the USA, the Chinese man-on-the-street is frustrated if he’s not a billionaire. Remember that all Chinese people rely on a cultural formula for success:
The male:female ratio in China because of aborted females in the one-child policy means that there are over 3 male babies born for each female baby. Thus the female supply makes cultural success difficult for most Chinese men. Females can be more picky when choosing a mate (largely based on financial success). Making a lot of money is becoming more difficult for the man on the street too, as this article points out. Without the first two, you can never build a monument to yourself, thus you are a failure as a celestial and as a Chinese person. Even though it may look a bit absurd to Westerners, it creates almost imaginable pressure on the society.
The stability of the jobs market is the “ultimate bottom line for the Chinese leadership”. Employment is so far holding up well. A net 7.2m jobs were created in first half of the year, enough to meet the annual target of 10m…but are the numbers faked? Yes. Naturally, it’s China. And you can only fake this sort of thing for so long. (The US fakes unemployment numbers too in order to make the administration appear successful even when they’re not.)
The Chinese authorities painted themselves into a corner. The US recession is not over. Thus the demand for goods from China has dropped. The Federal Reserve tightening the US money supply means that their current drop in manufacturing will drop further as America will buy less from China. They have now to contend with accelerating capital outflows that they themselves provoked, and that make it even harder to manage the downturn.

From a military perspective, China is in a huge expansion mode as it builds to be able to threaten its neighbors (for real this time). The neighbors watch its industrial and cultural bungling with great interest. The drop of oil prices to the US$30+/barrel range make its vastly expensive and politically dangerous land grabs in the Spratley Islands and elsewhere hardly worth the trouble. They won’t pull back, because they’re Chinese. But the return on investment as their neighbors (most notably the Japanese) are arming themselves to the teeth in anticipation of a fight may not be worth the cost.
MANY companies that used to manufacture in China are relocating to Mexico, widely touted as “the new China”. That and a reduced Mexican birth rate may help solve the immigration issue that the US faces along its southern border even without a high wall. While it’s good for Mexico and ultimately for the US, it’s not good for China.