From The Chinese Navy to the Weather 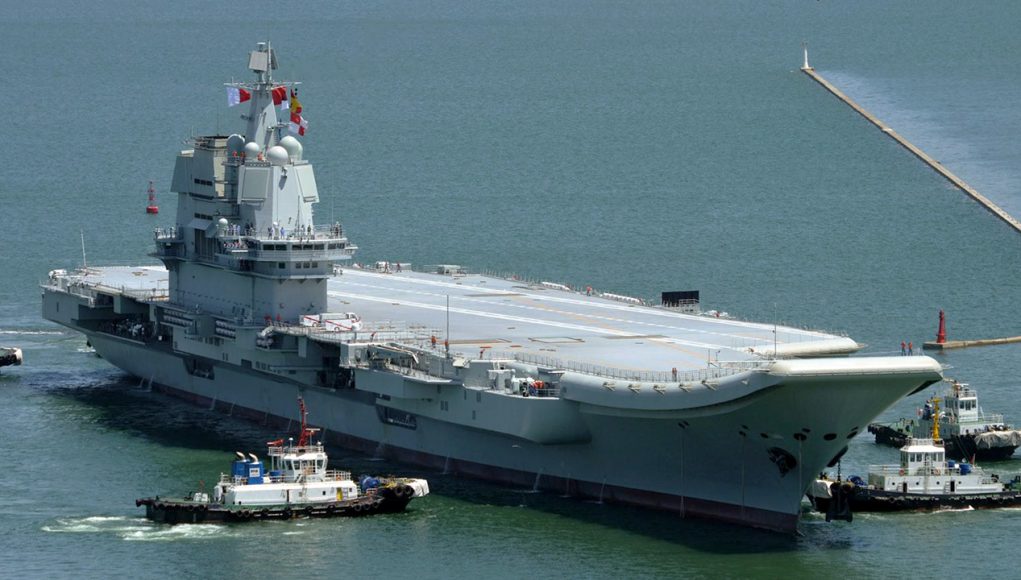 There has been a lot of news about China’s ship building and its attempt to create a modern navy that can meet and defeat the US Navy in blue water. The Chinese do have small aircraft carriers on the order of the new British and French aircraft carriers. The Japanese are building them again to meet the Chinese threat. And given many decades more of experience, the Chinese Navy might be able to build, float and fight a genuine aircraft carrier.

As the British are learning (the hard way), an aircraft carrier with (in the case of the USA) a crew of 5,000 souls, and an air wing, is a very complex thing to build. It’s very much a melding of many humans and a possibly the most complex machine on Earth. It requires generational institutional knowledge to keep them going at a wartime tempo. The Chinese are struggling. Building the steel ship is complicated. Running it so that it can work in a combat tempo, is exceptionally daunting. 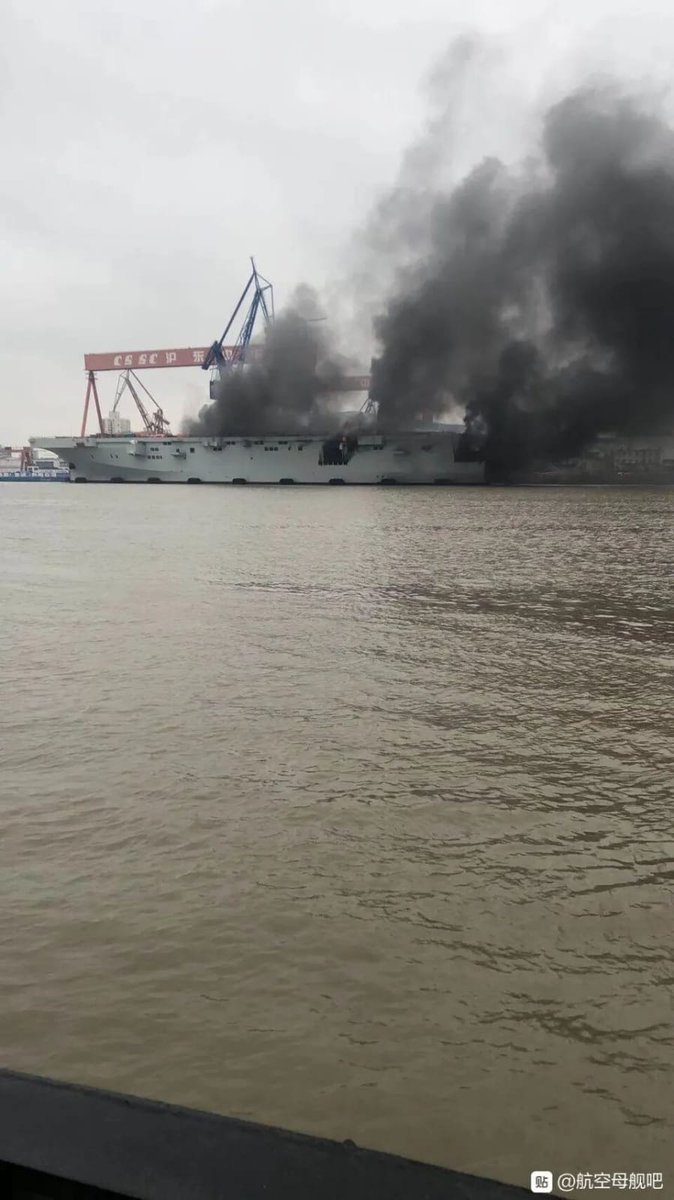 Black smoke was recently seen billowing from China’s first assault carrier docked at the PLA(N) base in Shanghai. The new Chinese carrier, which is similar to the U.S. Navy’s America Class assault carriers, is designed to carry helicopters and hovercraft to support amphibious landings. (presumably they will use them when they attack Taiwan) I’ve read some US Navy pundits chuckling about the incident. But the Chinese will continue to build these and other ships in the short term.

The long game requires Chinese prosperity. And they are worried. Before the pandemic, they were having a horrible year financially. The US was forcing a balance of trade or a threat of ruinously high tariffs. Post-pandemic, the way forward is murky. Japan is paying businesses to leave China, as you’ve no doubt heard. The US will be pushing businesses to return to North America and the US and vertically integrate the supply chain. I’m sure that rubber dog shit, plastic Christmas trees with lights, and other novelty items will still be made in China for export. 18% of China’s export market is the USA. But if you tack on the rest of Asia (which hates China), and Europe, that bends the curve.

China is not able to feed itself without imports. It must import oil, unless it claims the territory of other nations by force of arms (recall Japan, 1941) and steals their oil. Both of those factors along with every other will reduce their capacity to focus on a blue water Navy.

“The pandemic is no time to forget about family abolition. In the words of feminist theorist and mother Madeline Lane-McKinley; ‘Households are capitalism’s pressure cookers. This crisis will see a surge in housework – cleaning, cooking, caretaking, but also child abuse, molestation, intimate partner rape, psychological torture, and more.’ Far from a time to acquiesce to ‘family values’ ideology, then, the pandemic is an acutely important time to provision, evacuate and generally empower survivors of – and refugees from – the nuclear household,” she adds.

I can only but wonder what sort of dark history these people have. I understand broken people. I do. However, giving these twisted freaks a voice beyond their own furious mutterings is a mistake.

Emiile’s Response (to the article above): 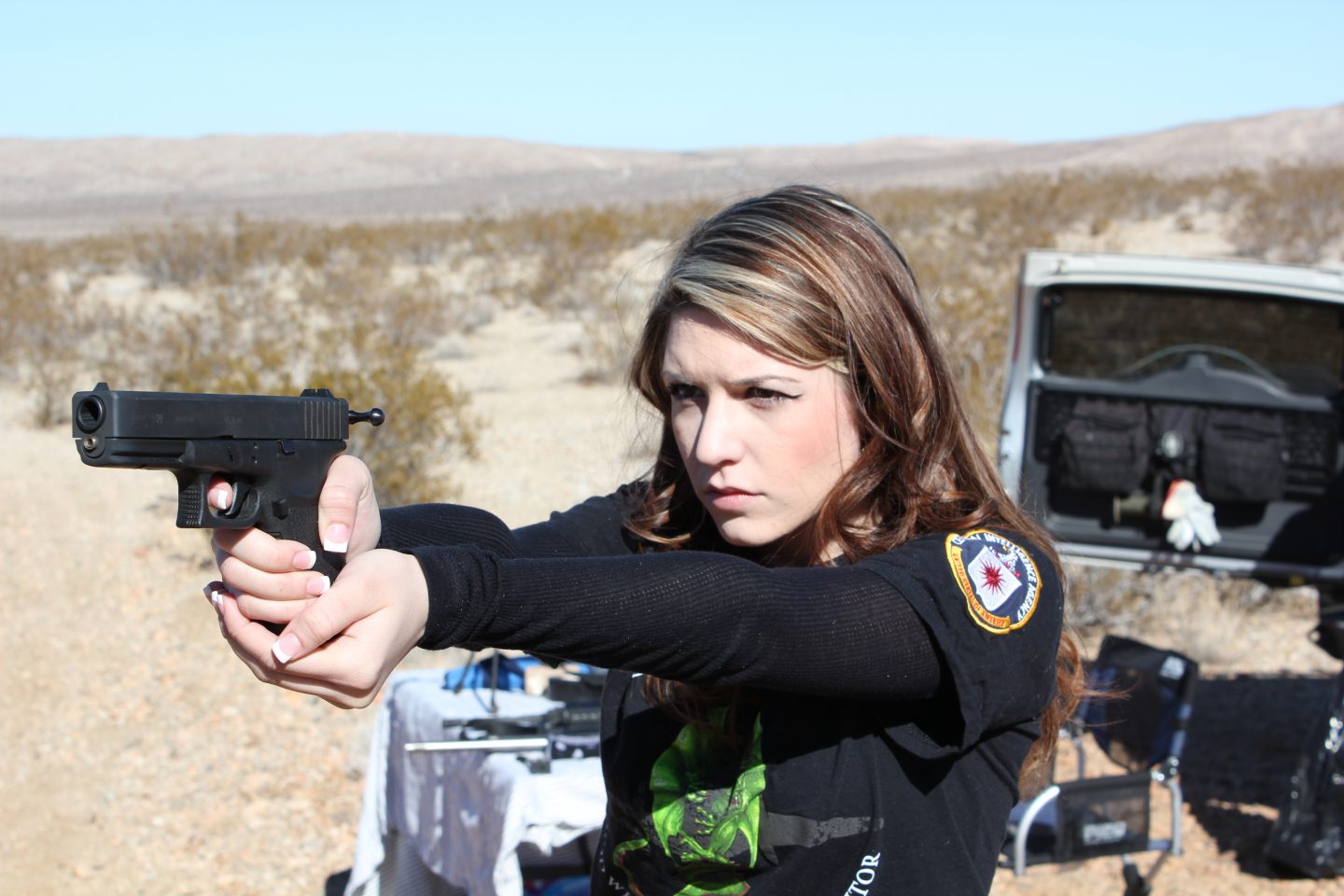 My youngest daughter, Emilie, practicing social distancing with my Glock 21. I doubt that anyone would want to mess with her or take liberties. She was not raised to be anyone’s victim. Emilie is the mother of an 8 month old boy… explain to her how she’d be so much happier if the family unit was dissolved. She has a temper, though. Explain from the next county, by semaphore.

The family is the glue that holds society together. PERIOD. And traditional family values are under assault. Abortion is celebrated by the “woke” and baby body parts are sold at a huge bounty. All that notwithstanding, the core of the nation is strong. Europe is not having enough children to replace itself. That was cited as a reason that Germany imported a million military age Muslim men. Europe is doomed.

Mark Twain never visited Yuma in the summer… I know this because he ranted about Texas in the summer and not Arizona.

“If I owned Hell and Texas, I’d live in Hell and rent out Texas.”

“When a person is accustomed to 128 in the shade, his ideas about cold weather are not valuable….In Texas, “cold weather” is merely a conventional phrase and has come into use through the necessity of having some way to distinguish between weather which will melt a brass door-knob and weather which will only make it mushy.”

Of course, I live at elevation where it rarely gets over 85 degrees (F).