Coping with the Nanny State 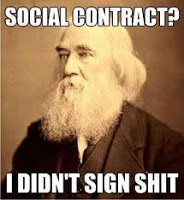 Facebook
Twitter
Pinterest
WhatsApp
Political tags – such as royalist, communist, democrat, populist, fascist, liberal, conservative, and so forth – are never basic criteria. The human race divides politically into those who want people to be controlled and those who have no such desire. – Heinlein

I have liberal friends who feel comfortable handing all of their decisions a government bureaucracy and allowing ‘somebody else’ to handle it. They’d be very comfortable living in Denmark, but they don’t. They live in the USA. They proudly voted for Barack H. Obama to be POTUS. Their motivation for voting for him was largely because he was of mixed race and they felt good about themselves for being socially enlightened enough to vote for a ‘black’ even though they really didn’t know what he stood for, whether he was a Muslim or not, etc.

I have conservative friends who consider themselves to be sovereign individuals and would like the national government to stick to Constitutionally enumerated duties such as providing for the common defense, coining money and resolving disputes between (generally independent) states. None of them wanted to vote for John McCain for POTUS because he was far too liberal for any of them to stomach.
My liberal friends feel that all commerce should be regulated closely by government bureaucracies and prices should be ‘fair’. If you ask for whom they should be fair, the liberals feel that all profits earned by people who risk capital should be closely monitored and should those riskers earn more than is ‘fair’, they should be taxed out of those profits, the money poured back into the bureaucratic machine.
I have conservative friends who feel that you should be able to keep what you earn (Little Red Hen scenario), with taxes paid to provide for necessary functions of government. (‘necessary’ wouldn’t include ObamaCare, as an example. They likely wouldn’t include billions in foreign aid paid to nations that overtly hate us.) These friends would say: 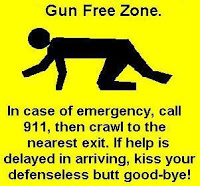 I don’t pay much attention to my liberal friends when they begin to spout their unenlightened opinions as you may imagine. But I am forced to deal with the results of their concepts of government because I’m living in the Land of the Nanny State. There is no worse tyranny than to force a man to pay for what he does not want merely because you think it would be good for him.
Your comments (below) are welcome, but if you’re a liberal or a progressive, I won’t pay any attention to them.