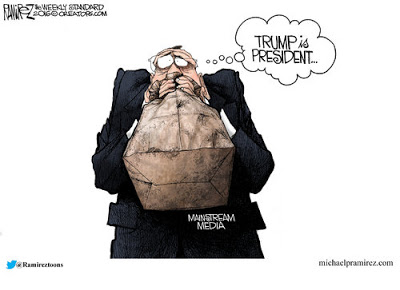 Facebook
Twitter
Pinterest
WhatsApp
Doubling Down on Progressive Voting
As the holidays approach, things become more desperate. Los Angeles County Supervisors, in a bid to retain their voting base (illegal aliens vote in LA),  the LA County Board of Supervisors voted 4-1 to waste $3 million from the PEOPLE’s TREASURY on lawyers for illegal immigrants/wetbacks/undocumented persons.
I have been cautioned that some people find that my observations make others feel uncomfortable.
Illegal aliens/wetbacks/undocumented persons who aren’t in the US legally and pay no taxes, receive full benefits and are allowed to vote in a system that requires no certified identification. Meanwhile taxpayers/earners drive on crumbling roads filled with potholes, eat crappy casseroles to make ends meet and buy cheap Christmas presents made in China for their children. (Maybe that’s why so many of them voted for Trump?)
Melt-Down

The corrupt elite media is still in melt-down mode that Donald J. Trump will be the 45th President of the United States and that his cabinet picks signal a reversal of the Obama Years.
We hear the word “impeachment” thrown around a lot by the progs even though President Trump has not taken office yet. That’s clearly the next axis of attack. Social justice warriors say that President Trump will be acting in conflict of interest even though US law indicates that a president has immunity from those laws – and always has had. But never fear. When do you know a prog who actually followed the law? They prefer to guide the nation with ‘feelings’. And not just any feelings – their feelings – only theirs. Nobody else’s. That’s what passes for inclusion the prog world and if you disagree with them, you’re a racist homophobe.

The progs insist that they’re just getting ready to throw him out – and replace him with Vice President Pence, who is more hard-line in almost all respects than President Trump. I bought a twelve-pack of microwave popcorn the other day.

No, I don’t fly on United Airlines unless there is absolutely no other option. But to the point, I’ve been jet-setting around this holiday season because that’s how I make money. I have been vetted by everyone, I have a TSA Pre-Check certification, a US Customs and Border Enforcement SENTRI card, I am certified by Global Entry, I carry other retired credentials from when I worked for a living, I carry a passport book and a passport card with an RFID chip in it, etc.

TSA bounced me off pre-check into the herd and I found myself standing in long lines to take off my belt and get wanded and then patted down anyway.

I asked a TSA official why my status wasn’t recognized. She said it was because of heightened concern of a terrorist attack. She said that because they can’t profile passengers, they essentially are screwing with everyone despite credentials that can be verified 100%. And this is the problem. The only effective way to screen passengers is to profile them. The Israelis figured this out many decades ago. When is the last time an El Al jet was blown up or hijacked, and they are target one? Even the Germans profile. They profiled me to death the last time that I flew through Frankfurt. I’m fine with that. But the reality is that Muslims and more particularly military age Muslim males account for somewhere on the order of 100% of the security problems that airlines have.

A few years ago I traveled to Athens with a Middle Eastern Muslim male who is the very poster child of a terrorist. The Dutch stripped him to his birthday suit just for shits and giggles and harassed me because I had been seen speaking with him. I don’t blame them. That’s precisely what they should be doing, but TSA is uncomfortable with that. 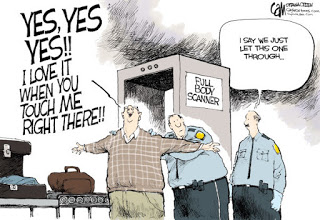 When is the last time that a sixty year old white male who has been vetted, screened and probed his entire life and can prove it caused a problem in the air from his seat in first class? I didn’t even complain when the shrimp salad on American Airlines was wilted and a bit nasty. The pasta on the shrimp salad was maggot sized and I looked hard to make sure that they didn’t move before trying to eat it. And even THEN, I didn’t complain, but I asked for two hot chocolate chip cookies by way of compensation — but that’s it.

I get up from my aisle seat to let the person who has the window seat piddle and never complain. I just want to get the flight over so I can do what I need to do and return home.

But TSA, which misses 95% of guns, knives and bombs in testing, insists on screwing with the very people who would work to thwart a hijacking if one were to take place.

Ok, I got that off my chest. Merry Christmas, Feliz Navidad, Lave sus Manos and all that fancy stuff.