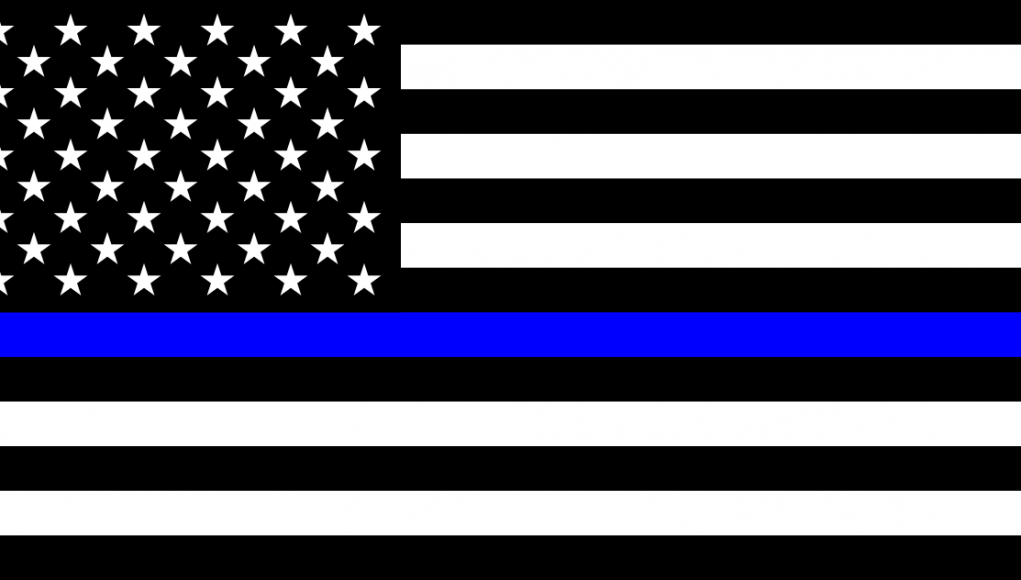 University of Wisconsin-Madison Police Chief Kristen Roman recently banned the thin blue line flag and imagery on everything from coffee mugs, notebooks, decals, flags and a wide array of other items. Her decision comes after the agency was criticized after some in the community saw a thin blue line flag in the background of a photo the agency displayed on social media. (see the offending flag in the photo below)

Wisconsin Right Now reported on Chief Roman’s memo. “The balance has tipped, and we must consider the cost of clinging to a symbol that is undeniably and inextricably linked to actions and beliefs antithetical to UWPD’s values.” Chief Roman continued, “Effective immediately, visible public displays of thin blue line imagery while operating in an official capacity are disallowed. This includes flags, pins, bracelets, notebooks, coffee mugs, decals, etc.”

The idea originated in 1854 and is associated when Lord Tennyson’s poem “Charge of the Light Brigade” was described by the British press as the thin red line. That idea of a line of brave defenders standing between peace and chaos was borrowed by law enforcement and was first mentioned in the 1950’s.

Chief Roman picks and chooses extremists and she didn’t seem to mind the hundreds of Black Lives Matter Flags and apparel (along with all the COVID Restrictions) when she marched with them on June 8, 2020. And the last we checked, not only was the 2016 ambush and murder of several police officers in Baton Rouge and Dallas inspired by supporters and sympathizers of BLM, there have been countless attacks on law enforcement and property from those claiming to be BLM.