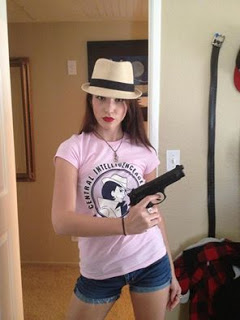 Facebook
Twitter
Pinterest
WhatsApp
The climate in Texas (by all reports) is changing from that of a desert to a cretaceous period rain forrest, sans dinosaurs – so far. Some blame me for BBQing steaks, carne asada, marinated chicken breasts and lobsters. The Green Movement blames commercial airliners, while excusing private jets, favored by political elites including Al Gore, movie stars and Planned Parenthood ghouls that jet set from clinic to clinic, cashing in on the sale of the murdered corpses of the unborn.

Barack and Hillary are obsessed with the weather, but they don’t have a clear understanding of history, which is not unusual for progs. History is not only man’s history but the story of our world in a macro sense. I like Bill Whittle’s take on the debate:

Pollution is another matter all together and dealing with it and controlling it needs a sane and balanced approach. But the military needn’t be tasked with cleaning up plastic bottles floating in the ocean or toxic waste. Other mechanisms can be employed to deal with those problems.

And Speaking of the Weather

Fresh from the curtilage of Hurricane Matthew, my daughter, Emilie, is flying in from Florida today (while her car is shipped). She can be a storm in and of herself at times.

I understand that naming hurricanes after women was considered to be a form of gender bias – possibly a micro aggression toward all women, everywhere…but it was still appropriate in my humble (male) opinion.

If you’re telling yourself that the H&K Offensive Handgun (a SEAL issue in the early 1990’s) may be a bit too much pistol for her, I can’t disagree. However the apple doesn’t fall far from the tree.