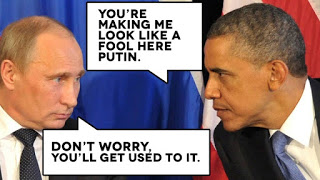 War?
If the ObamaNation is planning to initiate covert action (best defined as ‘war by other means’), why are they telling NBC about it? Maybe it’s another ‘red line’ being drawn by Barack. Those red lines terrify the Russians.

(NBC News) AMERICA is edging closer to nuclear armageddon after upgrading its attack “defence readiness”, it has been claimed.

The defense readiness condition, dubbed DEFCON, is an alert system used by the US military to indicate the risk of nuclear war.

The system has five levels of readiness, or states of alert, increasing in severity from DEFCON 5 – the least severe – to DEFCON 1 – the most severe.he current DEFCON level is understood to be 5 – the lowest state of readiness.

Current and former officials with direct knowledge of the situation say the CIA has been asked to deliver options to the White House for a wide-ranging “clandestine” cyber operation designed to harass and “embarrass” the Kremlin leadership.

The US has significant capacity to cause mischief – and we do – regularly. However this public posturing by Barack is embarrassing.
Will the Russians continue to hack Barack’s beloved DNC? I don’t see why not. I’m sure that the Russians are as amused by the corrupt Americans (who tell the world that they’re not corrupt) as the rest of us are. I don’t think that we’ve seen as corrupt a politician as Hillary Clinton and she leads in the polls. Under the Obama Administration even the FBI leadership has been shown to be corrupt.
Christian Refugees

I realize that it’s not politically correct to suggest that Christians are the subjects of religious persecution, but the Hungarians are stepping out and trying to do something about it. They don’t want to accept Muslim refugees (who would? – even the Saudis don’t accept them), but they have opened their doors to persecuted Christians. The EU reacts negatively.

(Front Page News) Zoltan Balog, Hungary’s Minister for Human Resources, explained:
“Today, Christianity has become the most persecuted religion, where out of five people killed [for] religious reasons, four of them are Christians. In 81 countries around the world, Christians are persecuted, and 200 million Christians live in areas where they are discriminated against. Millions of Christian lives are threatened by followers of radical religious ideologies. “

“Followers of radical religious ideologies” is of course code for Muslims—they who are responsible for the overwhelming majority of Christian persecution in the world.

This move comes “after Hungary’s right-wing prime minister, Victor Orban, drew criticism in the EU by saying Europe should focus on helping Christians before helping millions of Muslims coming into Europe.”

Orban explained: “If we really want to help, we should help where the real problem is.… We should first help the Christian people before Islamic people.”

The meme speaks for itself. 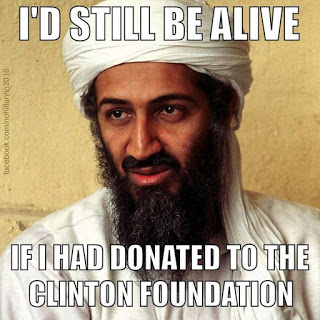 Yes, the world has gone mad.