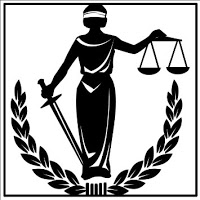 
Trump read the mood of the nation correctly and Cruz did not. There were cracks in the Cruz game plan very early when Trump won among evangelicals in the South. Today, Republicans are more fiscally focused and less socially conservative, and it shows up at the polls.

The rich pundit class were ALL wrong. Cruz was wrong. The person who was right will end up winning the Republican nomination. And maybe George Will shall move to Canada or Mexico after he campaigns for Crooked Hillary or post-indictment, for her replacement – and that person loses too.

Cruz gave a gracious concession speech and he’s now in the negotiation for a chair at the table until the music stops. He will play ball now because he’s a political creature. Kasich vowed to fight to the end even though nobody cares. There comes a time when pugnacious clinging to a failed campaign becomes silly. That time has arrived for John Kasich.

Bernie is hanging on in the hopes of Hillary’s indictment, and I still think that’s going to happen sooner than later – any day now. There were a lot of people feeling the Bern in Indiana and they pushed him over the top, revealing how very weak Hillary Clinton is as a candidate.

At least that’s how I see it.

The Trump Campaign will be all about the wide variety of strong and conservative Republicans and others outside government who will show the plurality of support for the nominee. The Democrat’s Convention in Philadelphia will be a goat rope with somebody trying to run on (indicted) Hillary’s delegates and Bernie going insane over it.

We live in interesting times.

Under a deal first announced in March by Philippine President Benigno Aquino, Japan will lease up to five TC-90s and help the Philippines train pilots and aircraft mechanics. President Aquino said the planes would be used to patrol the South China Sea.
Yesterday, Japanese Defense Minister Gen Nakatani “reaffirmed the transfer” of TC-90 surveillance planes in a telephone exchange with Philippine National Defense Secretary Voltaire Gazmin, according to a statement released by the Philippine National Defense Department.
This will be Japan’s first lease of its Self-Defense Forces’ aircraft to another state after Japan recently lifted a self-imposed ban on arms exports.
The TC-90 is the Japanese Maritime Self-Defense Force’s (MSDF) designation of the Beechcraft King Air, which the MSDF modifies and uses for training. With a range of some 1,180 miles, the TC-90s will double the area that the Philippines can patrol. The aircraft will improve the ability of the Philippines to track Chinese activity at Scarborough Shoal, which China announced it intends to develop this year.
This will be the fourth instance of Japanese cooperation with the Philippines this year. In March and April two MSDF ships and a submarine called at Philippine ports. Japan’s new national security legislation permits this cooperation under its interpretation of “collective self-defense.”
Chinese assertions of sovereignty are creating alliances between former enemies. The Japanese are improving their relations with Russia and with South Korea, somewhat. The Vietnamese want the US to sell them weapons to help them defend their claims from the Chinese. Vietnam wants the US to put some skin in the game and they are willing to pay for it.
Export Frigate
A newly anointed President Trump should consider contracting with the Philippines, Indonesia, Taiwan, Vietnam, Malaysia and others who wish to stand against China but don’t have the budget for large ticket items. The development of a US-made frigate designed to serve patrol and self-defense needs would be good for US shipyards and would be good for the countries who are threatened by China. My sense is it should be about the size of the old (now completely decommissioned) Oliver Hazard Perry Class, with more capable guns and anti-air. The old FFG-7 Class (Fig7) was an anti-submarine warfare vessel. (something larger than the Swedish Visy-Class corvette, and on the order of the German Sachsen Class frigate). The “export frigate” would be a balanced package. The French, Germans, Swedes and others sell export frigates, but there might be a market for an American product simply because it forms a partnership with the US.
Modular weapons systems similar to those used on the Littoral Combat Ship – but a much larger and more capable ship than the expensive and largely ineffective (my judgment on the matter) LCS would be in order. Modularity would allow for flexibility for the export market while preserving the platform for the US Navy or US Coast Guard – with potentially different weapons and sensor packages.
How many jobs would 10-12 of this class of export ship create? How irritated would China be?