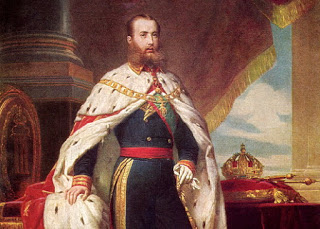 Segunda intervención francesa en México or the Franco-Mexican War resulted from Mexican refusal to pay their debts to France and other European powers. The US was engaged in the War of Northern Aggression/Civil War when the invasion took place and had problems of its own, so stayed out of it.

Emperor Napoleon III of France instigated the invasion, justifying military intervention by claiming a broad foreign policy of commitment to free trade.  The invasion fleet reached Veracruz in December 1861 following the  Treaty of London where Britain, France and Spain combined their efforts to receive payments from Mexico.
France annexed Mexico and brought an archduke from the Royal House of Austria, Maximilian Ferdinand, or Maximilian I, mending fences with Austria. During the First Battle of Puebla, a force of Mexicans, outnumbering the French by 4 to 1 defeated a French field force on May 5, 1862 (Cinco de Mayo). In 1863, the French won the Second Battle of Puebla, and subsequently captured Mexico City.
Cinco de Mayo is not Mexico’s Independence Day. Mexico celebrates Independence Day on the 16th of September, commemorating the beginning of the war of Independence from Spain (September 16, 1810) 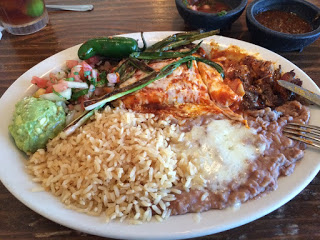 However that should not stop you from celebrating May 5th.  I am celebrating myself by eating some really good Michoacan style food the day before – because it’s one of those hole-in-the-wall places that turns out great food and will be packed on Cinco de Mayo, celebrated big in California, not so big in Mexico. 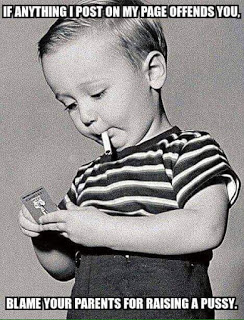