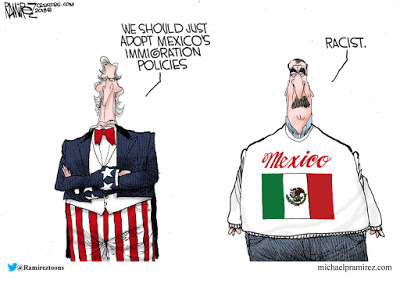 Facebook
Twitter
Pinterest
WhatsApp
Leaving Syria?
When Barack and friends decided not to renew the status of forces agreement with the Iraqi government, I thought it to be a horrible decision. US forces could have been garrisoned well apart from the indigenous people as a stabilizing influence. There wouldn’t have been an ISIS. Now that President Trump’s Administration defeated ISIS, there is a renewed call for the US to leave Syria. The president himself has mentioned it.
We don’t have a lot of soldiers in Syria, but they are capable of defending themselves in place and they are training the Kurds to act in our place as a hedge against Iran (and possibly Turkey). Things have changed in Iraq and the US is actively working to restore credibility to its currency through the International Monetary Fund, etc. I anticipate that the US will leave Syria but will maintain infrastructure and troops in Iraq such that they are able to respond to Iranian mischief making. President Trump called for the US to leave Syria, not Iraq.
Racist Immigration Policies?

Mexico has very strict immigration policies and most people would call them prudent. To keep elections fair, every citizen has a voting card and they are REQUIRED to vote or lose their national ID card. The card is punched when the holder votes. When the card punches are ‘full’, a new card is issued. It’s not a license to operate a motor vehicle, but you need your voting card to do just about anything in Mexico. Only citizens have those cards and only citizens can vote.
How novel.
Howard University

Yes, it’s administration is every bit as corrupt as the civic administrations of New Orleans, Baltimore, Philadelphia, Detroit or Chicago. Would one expect that it not be given the similarities to those blighted city administrations?

The students have occupied the administration building for a week now (more here). It’s an all black school which is racist on its face. My sense is that the school should just shutter the doors because of its racist admission policies and send the occupying students home.