Cause and Effect (a sincere solicitation) 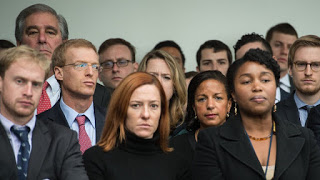 Brother, can you Spare a Dime?

It may mean moving back to Mom’s basement for many of the Obama staffers and Democratic Party parasites. They’ll all go on unemployment but they may be reaching out to you for a crust of bread to keep them going.
Many will find teaching jobs in academia where their liberal credentials will be welcomed, but unfortunately few of them are suited for careers that require them to do an honest day’s work, thus they won’t find much of a welcome from American business. Their access as lobbyists is zero.

In other times they might find a career as a functionary at the Clinton Global Initiative, but that ox may be gored at the hands of a special prosecutor. UN jobs are popular but with the potential for the US ramping down on UN funding, the bread line looms large. What do they do, and what can you do to help them?

(The Blaze) As outgoing President Barack Obama plans to head off on vacation when he vacates the White House next week, his staffers and appointees are struggling to find work in Washington, D.C.

“It feels like there are just thousands of us trying to find a job, and there are no jobs,” longtime Clinton aide Mira Patel, who worked for Clinton in her Senate, State Department and 2016 campaign offices, told the outlet.

Following Trump’s surprise victory Nov. 8, Democratic operatives no longer have some 4,000 presidentially appointed jobs for which to apply when the billionaire businessman takes the oath of office Jan. 20.

Any contributions that you might wish to be handed off to the former Obama staffers should be made payable to me personally on behalf of my (yet to be formed) charity, “Save Obama’s Buddies“. I’ll make sure that they get the money – after my administrative fee is taken out. Put a nickel on the drum, save another drunken bum. Because it’s more blessed to give than to receive.