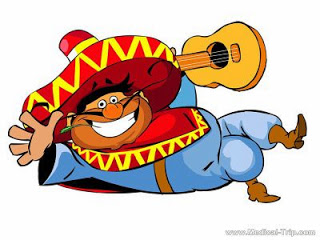 In 2012, Mexico put yet another national healthcare system into place. They don’t call it ObamaCare, but it is. The funny thing about Mexico is that they’ve had ObamaCare for decades – and it keeps changing and morphing whenever Mexican people are fed up enough. It’s “another fix” to a broken toy. I’m sure that this strategy is very familiar to this blog’s readers by now. Obama changes the law by fiat monthly to the extent that nobody including me is precisely sure what it is. Is it written down anywhere or is it simply delivered and enacted by nearly religious cant and we’re supposed to listen to all of Big Brother’s mutterings and take notes?

(Wikipedia) Health care in Mexico is provided via public institutions, private entities, or private physicians. Health care delivered through private health care organizations operates entirely on the free-market system, i.e., it is available to those who can afford it. This is also the case of health care obtained from private physicians at their private office or clinic. Public health care delivery, on the other hand, is accomplished via an elaborate provisioning and delivery system put in place by the Mexican Federal Government.

If you can afford to pay for quality healthcare in Mexico,  you can get top tier treatment in Mexico (period). If you expect to be treated through the national healthcare network, you need to wait for what has become ‘rationed healthcare’.  Mexico has roughly 3000 private hospitals. About 2000 of those have no laboratories, no radiography equipment or nurses. In those 2000 that accept “national healthcare” patients, the bulk have fewer than twenty beds. About 10% of those 2000 have no running water. Water is brought into the hospital in plastic jugs. 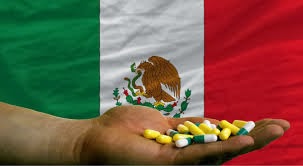 I know quite a few Americans who live near the border who cross into Mexico to receive quality healthcare at about 25% of the cost in the US. Both quality medical and dental care are available if you pay CASH in US dollars. Even at that pricing structure, it’s out of the reach of most Mexicans. Treatment for most Mexican people is a visit to a pharmacy where the pharmacist diagnoses the illness and sells medicine or provides an injection. For a sick baby, by way of example, it’s usually an injection of penicillin. If the baby is allergic to penicillin, the baby dies (attributed to the will of God).

Not unlike the USA, social and economic determinants of health in Mexico are factors that influence the status of health among certain populations in Mexico. These factors consist of circumstances in which people grow, live, work, and age, as well as the systems put in place to deal with illnesses. In Mexico, the health inequality among the population is influenced by such social factors.

Legions of Americans are now signing up for Medicaid, and the political class in Washington DC is heralding the glories of the system. BUT there are not all that many doctors or hospitals that accept Medicaid (becoming Mexicaid). There are far fewer signing up for ObamaCare, which will turn out to be Mexicaid, following the Mexican model. You’ll recall that early on, the Obama Administration conceded that under the concept of ObamaCare, healthcare rationing (death panels) would become a reality because there is not enough money in the country to provide quality healthcare for everyone (period). 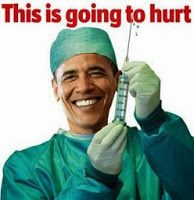 That is precisely why the law was written to exempt the president or the legislature (and a number of people in what would be a ‘protected class’) from ObamaCare.
The rich will always have their concierge doctors and Cadillac health plans. The poor can usually find low-cost care through Medicaid, federal clinics and emergency rooms.
In Mexico, those who lost their preferred individual plans, or will pay higher premiums and deductibles, are largely members of the self-employed middle class. They are too poor to have their own exclusive health care coverage but too wealthy for most government subsidies. As usual, it’s the middle class that takes it in the neck – for the sake of progressive healthcare. It works the same way in Mexico, believe it or not. Imagine that – the US following in the wake of Mexico.
I don’t think that you’ll hear President Obama (who is a Nobel Laureate) shouting, “If you want your Mexicaid, you can keep your Mexicaid” anytime soon. It’s called “affordable healthcare” in DC. Democratic politicians planned to buy votes with it. Now they’re not so sure that it will buy nearly as many votes as they had hoped for. More importantly, they don’t care if 20% of the national economy collapses because of their (rapidly morphing law – Mexican style) actions — so long as they stay in power. 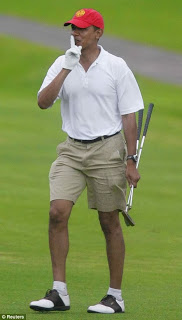 MEANWHILE… IN THE UNITED STATES
I find it very surprising that even Democratic Party voters would find it appealing to give their healthcare over to the inordinately incompetent Federal Government, which still can’t build a website that works despite UNLIMITED FUNDING and more time than it took us to win the Second World War.

(Fox News) The president may be vacationing in a tropical paradise, but there’s no escaping the buffeting winds of troubled state health insurance exchanges, even in Hawaii.

For openers, the botched roll-out of the ObamaCare state exchange in Hawaii has hurt Democratic Gov. Neil Abercrombie’s approval ratings: 51 percent of likely Democratic primary voters say they don’t like the way he’s doing his job.

Already out of a job is Coral Andrews, the executive director of Hawaii’s state-run exchange. She submitted her resignation effective December 6 after only 257 people had signed up for health care a month into the roll out.

Hawaii’s website contract was awarded to the same firm, CGI, that blew the national Healthcare.gov roll out. CGI won the Hawaii contract even after the state senate president warned the state exchange director not to hire the firm. CGI apparently also had botched Hawaii’s tax website, costing Hawaiians $50 million to fix.

Hawaii is not alone. Oregon’s website never has worked, despite that state receiving more exchange grant money than any others, except California and New York.

Oregon applicants are forced to fill out a 19-page paper form but that, too, has been problematic. Despite assurances that coverage would take effect January 1, late this month applicants began receiving robo-calls in which a voice told the applicant, “If you have not heard from us by December 23rd, it is unlikely your application can be processed for January 1st insurance coverage.”