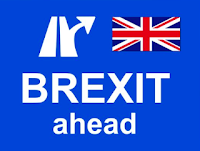 Facebook
Twitter
Pinterest
WhatsApp
After the most recent election, I started working in Mexico again. It’s a different role than I carved out before, but one that I’m ok with. I was down there last week and will be traveling back and forth regularly. There are a few observations that I’d like to share here on the blog in no particular order.

In general terms, I explained the election of Donald J. Trump to the presidency and a return of the legislature to the Republicans in this way (and I mentioned this in my comments to the Grunt of Monte Cristo on his blog):

Immigration, trade and an insular government whose only concern is the care and feeding of a monied elite were the issues in Britain with BREXIT and are the issues in America that propelled President Trump’s victory over the corrupt, vicious, global elitist, Hillary Clinton, who sought to prolong the Clinton Dynasty.

Americans have seen globalization up close and personal and it’s not the way we want to live. It works just fine for the few, but the few don’t elect folks. We are right now breaking the grip of an Obama/Clinton-led bureaucracy that hates the middle-class, a media that doesn’t respect us, an education establishment that thinks we need “fixing” and a business/investment class that thinks we’re a commodity to be used and thrown out the second something better comes along. We’re like a stripper, as soon as things start to sag we’re shown the door or the mop bucket, but we’re still expected to give management free BJs. These were terms that the Mexicans understood. Many of them are concerned that they are being treated in the same way. They are envious that we Americans made the decision to drain the swamp.  The political elite in Mexico are trying to decide what they can do to stop the same thing from happening there.

Now to the observations:

(1) Haitians – There are a lot of them in Northern Mexico. The Mexicans are not happy that they arrived. Most are hanging out along the border, waiting for an opportunity to illegally immigrate into the US. While they are there, they under-bid the Mexicans for local jobs – stoop labor, etc. and it’s upsetting the balance. I heard that there is a ship docking in Ensenada this coming week with 500 African Muslims who are in “Haitian mode”. The urgency to illegally immigrate now that President Trump was elected, and before the border is closed is in a fever pitch. 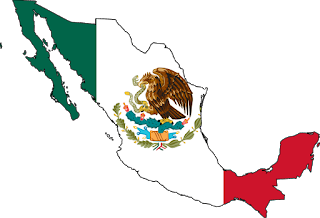 (2) Violence – Tijuana had a brief hiatus from the sort of gunfire that one sees in Chicago every day, but there is open killing on the streets again. When I was there Thursday-Friday a municipal police officer gunned down a lawyer across the street from where I stood. When asked about my feelings on the incident it by locals, I shrugged and said, “It’s Mexico.” They laughed and nodded. Just like Chicago. The homicide squad in TJ has the the same motto as the homicide squad in Chicago: “When your day ends, our day begins.”
(3) The Wall – Mexico’s President, Enrique Peña Nieto wants to begin negotiations on a re-negotiaon of NAFTA with President-Elect Trump before he takes office. The wall is now popular in Mexico, and they understand that they’ll end up paying for it.

I may play a role in that negotiation as an advisor to the Republic of Mexico rather than the US. What a twist, right? We’re talking about that now. It’s not in ink yet. Mexico has a $56 billion trade surplus with the US (they import $56B more than they export from the USA). The loss of that trade would be devastating to Mexico. Whereas previous US presidents have been all bluster without actions and steel, they are concerned that President Trump will make good on  every single threat that he utters.

(4) Drugs – The cartels are examining their business models now that President Trump was elected, trying to figure out what they are going to do to smuggle drugs north, etc. This is a big concern to them. Legalization of marijuana in the US forced them to switch from growing marijuana to growing opium poppies – generating the current ‘heroin epidemic’ in the USA. It’s a market-based business model. They started by dumping “cheap or free” heroin on the street and once the kids started ‘geezing”, the price went up.

(5) Hillary Clinton – The Mexicans expect rampant corruption in their own country but were disgusted by Hillary Clinton. I asked what should happen to her. The consensus is, “Lock her up”.  I asked if they’d be willing to extradite her to Mexico to be incarcerated there for crimes real and imagined (which is the way things often work in Mexico).

In response to my question, there was a willingness to accept her into their prison system. Hillary would find a lot more justice in a Mexican prison than she would ever get in an American penitentiary. They offered to take Slick Willy as well as a show of good faith to President Trump. Such is the impact of an election. I didn’t ask about the two Weiners, but I’m sure that The Republic of Mexico would be willing to accommodate President Trump – and the American people by throwing the Weiners into the arrangement. 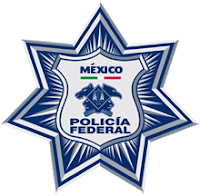 (6) Federales – I spoke to some friends in the PGR. The FBI will be aghast to know that thanks to Director Comey and his coterie, the Mexicans now lump them in with the Mexican Federales in terms of corruption. The leadership of that agency needs to be removed, expunged and replaced by people with integrity.


The message was given to me to pass on: Mexico has had considerable experience dealing with corruption in high office. They are willing to pitch in and help the FBI do that if asked.  I wonder whether or not the FBI is willing to take them up on the offer.