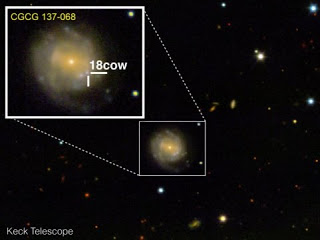 Facebook
Twitter
Pinterest
WhatsApp
How Things Do Change
Centuries ago, Europeans invaded the plague-emptied shell of the Americas, climbing aboard wooden ships with vast canvas sails and trusting the wind and the skill of sailors to take them from the lands they knew to what they called the New World. For as long as six months, religious fanatics, adventurers and the poverty-stricken desperate for something else, had consigned themselves to the uncharitable waves of the Atlantic Ocean.
Today I have second thoughts about traveling to Southern California because of the traffic in heated/air conditioned splendor (The internal combustion engine of my truck – the only thing keeping back global cooling and the glaciers that would overwhelm us all – you’re welcome.). It’s very quiet up on Arizona’s Mogollon Rim except for the elk and coyotes and the mountain lions in heat, which make a racket at night. It’s not that quiet in urban California.
But I either go or I don’t make money. How unfair is that?

A Code of Morals

In reference the previous blog post, “Valley of Death” – as it applies to General Petraeus and Paula Broadwell, I can only refer you to Rudyard Kipling’s “A Code of Morals“. And therein is your sermonette.

The Remarkable Cow
On June 17, the ATLAS survey’s twin telescopes in Hawaii found a spectacularly bright anomaly 200 million light years away in the Hercules constellation. Dubbed AT2018cow or “The Cow,” the object quickly flared up, then vanished almost as quickly.

After combining several imaging sources, including hard X-rays and radiowaves, the multi-institutional team now speculates that the telescopes captured the exact moment a star collapsed to form a compact object, such as a black hole or neutron star. The stellar debris, approaching and swirling around the object’s event horizon, caused the remarkably bright glow.
This rare event will help astronomers better understand the physics at play within the first moments of the creation of a black hole or neutron star. “We think that ‘The Cow’ is the formation of an accreting black hole or neutron star,” said Northwestern’s Raffaella Margutti, who led the research. “We know from theory that black holes and neutron stars form when a star dies, but we’ve never seen them right after they are born. Never.”
After it was first spotted, The Cow captured immediate international interest and left astronomers scratching their heads. “We thought it must be a supernova,” Margutti said. “But what we observed challenged our current notions of stellar death.”
For one, the anomaly was unnaturally bright — 10 to 100 times brighter than a typical supernova. It also flared up and disappeared much faster than other known star explosions, with particles flying at 30,000 kilometers per second (or 10 percent of the speed of light). Within just 16 days, the object had already emitted most of its power. In a universe where some phenomena last for millions and billions of years, two weeks amounts to the blink of an eye.
“We knew right away that this source went from inactive to peak luminosity within just a few days,” Margutti said. “That was enough to get everybody excited because it was so unusual and, by astronomical standards, it was very close by.”
Using Northwestern’s access to observational facilities at the W.M. Keck Observatory in Hawaii and the MMT Observatory in Arizona, as well as remote access to the SoAR telescope in Chile, Margutti took a closer look at the object’s makeup. Margutti and her team examined The Cow’s chemical composition, finding clear evidence of hydrogen and helium, which excluded models of compact objects merging — like those that produce gravitational waves.

Margutti attributes The Cow’s relative nakedness to potentially unraveling this intergalactic mystery. Although stars might collapse into black holes all the time, the large amount of material around newly born black holes blocks astronomers’ vision. Fortunately, about 10 times less ejecta swirled around The Cow as compared to a typical stellar explosion. The lack of material allowed astronomers to peer straight through to the object’s “central engine,” which revealed itself as a probable black hole or neutron star.
We’ve discussed this before on this blog. Because of nucleon binding energy, only elements up to iron can be produced in the conventional way inside of stars. Anything heavier than iron needs to be produced in another way because it is en endothermic reaction and requires huge amounts of energy. Some heavy elements are produced in supernovas but there is a subtle problem with that. While there certainly is enough energy in a supernova explosion to produce the heavier elements, most of the mass that is blown off in a supernova is hydrogen. It would take an immense amount of energy and a string of complex, and highly improbably reactions to convert that much hydrogen into elements as heavy as gold and lead.
In nuclear physics there are two processes which can produce heavier elements, named the r-process and the s-process (unimaginatively the r and s stand for rapid and slow respectively). The s-process takes less energy and a much lower neutron flux, and can happen over long time scales. In the s-process heavy elements are built up slowly one neutron at a time, and allows for neutrons to decay into protons.
The r-process requires huge amounts of energy, and a truly astronomical neutron flux. A parent element is bombarded with a huge number of neutrons to make an extremely unstable isotope. The only thing keeping it from decaying into smaller elements is the rate at which neutrons are bombarding the nucleus. While a supernova has enough energy for the r-process, there is a distinct lack of neutrons to achieve the neutron flux necessary for the r-process to take place. It does happen, just not at a high enough rate to explain the amount of gold, lead, uranium, and other really heavy elements we observe in the universe. So while normal stellar processes can explain the carbon, oxygen, and nitrogen we see, and novas and supernovas can explain the amount of aluminum, iron, nickle, and zinc we see, neither of those can explain the amount of gold, silver, lead, and uranium we see.
This is where merging neutron stars come in. In the collision there certainly is enough energy for the nucleosynthesis to take place, and because there are two massive sources of neutrons being ripped apart, the problem of meeting the minimum neutron flux is solved. So the creation of the neutron star “The Cow” is the first step in making gold. The second step is for it to collide with ANOTHER neutron star.’ Not quite alchemy, but that’s how it’s done.