Sermonette – About the Lemmings 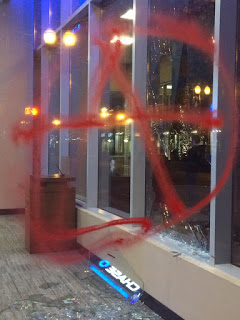 Facebook
Twitter
Pinterest
WhatsApp
The progressive movement loves nothing better than rioting and violence. With them it evokes a passion that is almost sexual in its intensity. In situations where there is not an inclination to riot, they introduce paid agitators to create one. Wikileaks is instructive as are the Project Veritas videos. They provided graphic proof, where many of us merely suspected since there was no press that would investigate the odious practice. Since the mainstream media is complicit for ratings and because they are progs themselves and enjoy the eroticism of a riot – they encourage it.

The progs worry that President Trump will kill homosexuals, make slavery legal and take away women’s rights — as if he was a Muslim…but he’s not.

The gullible lemmings who follow their community organizers have been gripped by an existential terror every since the results came in and Donald Trump became President-Elect against all mainstream media predictions:

Some progs speak of fleeing to Canada (never Mexico because they are racists at heart) and others speak of suicide. They listen to the mainstream media and the Clinton News Network. CNN – tells them that the world has ended. A modern education has not instructed them to reach a fact-based conclusion so they simply swallow what the “Ministry of Truth” spews at them in the 24/7 news cycle. There is also a healthy dose of self-deception, which brings unity among the progs, who live life in a state of autohypnosis. It’s the same way that they view climate change (was global warming).
Progs pine and keen for fear because it makes them feel a sense of the crusade. The pseudo-fear of Trump in large cities where progs naturally congregate (see map, below) drives them to the street in a faux moral outrage. Note the difference between a prog demonstration and a Tea Party demonstration where people took time off work to show up and then clean up after themselves before they left. Remember how Nancy Pelosi and others felt that the Tea Party demonstrations couldn’t be genuine because the demonstrators arrived neatly dressed (didn’t need to be bussed in and paid) and didn’t destroy anything? Nothing more clearly illustrates the different between right and left in America.
Life as a progressive is a puerile form of living without loyalty, gratitude or humility. It is a life filled with bad-tempered selfishness that erupts in despair when the promise of government forgiveness for the student loans you’ve been living on for the past decade doesn’t materialize.

All of those liberal arts classes (grievance studies) that you took won’t land you a job beyond taking an order for coffee or turning a hamburger. It all seems so unfair. 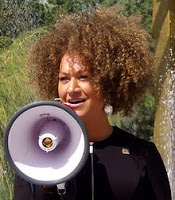 I don’t think anyone in America is more progressive than the now famous NAACP chapter president, Rachael Dolezal. Do you recall her? A spray-on tan and Sideshow Bob hair do made her “black”. She taught Africana (the negro woman experience) studies in Spokane as I recall. Dolezal embodied what it is to be progressive, emoting with being black even though she was a blonde hair’d, green eye’d white woman. We could point to Senator Elizabeth (Pocahontas) Warren (D-MA), the fake Indian (feather, not red-dot), who made a lucrative career as a college professor and legislator from her racial outrage — even though she’s 100% white. Dolezal, Warren, Shaun King of Black Lives Matter fame and others consider it legitimate and very progressive to fake it if they can’t make it. Such is life as a parasite.
The host has tolerated parasites for so long that a change of pattern has shocked them. In the past simply labeling people (such as President Trump) as a racist, an Islamophobe, homophobic, a sexist, etc. worked to have the host change its behavior. Parasites resent the host because they are helpless without them, and they know it. Somebody has to work to support them. The vitriol in which the Mainstream Media lumps the “uneducated working Americans” as a bunch of Neanderthal mouth-breathing knuckle draggers while ignoring the fact that they pay taxes in increasing amounts while the progs and internationalists ran up a $21 trillion dollar tab. The fact that those workers said, ‘enough’ is terrifying.

The map shows the parasites that while they are safe in the urban hells where they feel comfortable, the situation in the bulk of the nation where firearm ownership by the public is encouraged and marksmanship is a virtue, is something very different. It’s “fly over country” and the people there outnumber the progs. The prog leaders, their mascots and cheerleaders are profoundly uneasy when faced with this grim reality.

This is the first time in their empty lives that  crying has not worked and the progs react like any spoiled child would.  They cried wolf.  The press cried misogyny, and they lied, slandered, and  libeled. They jumped up and down and tears flowed.  Why not more tears, more violence, more fear? It has always, always worked for them in the past. 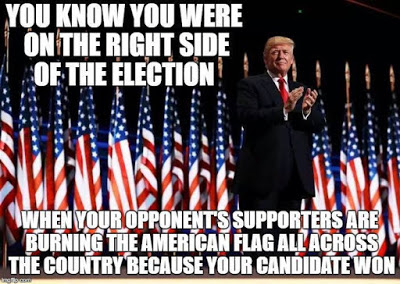