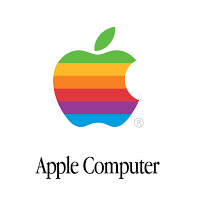 (Washington Times) At least 420 pregnant Unaccompanied Alien Children (UAC) have been caught and put into government care over the last year, and 43 pregnant illegal immigrant girls were still in custody of the Health and Human Services Department as of Oct. 17, Jonathan White, the department’s director for children’s programs, said in court documents.

Of the 420 girls seen in fiscal year 2017, 18 requested abortions and 11 had them. Another five rescinded their request for an abortion, and two were turned over to sponsors in the U.S. before a final decision was made, aid, meaning they were outside of government custody.

The numbers come as the American Civil Liberties Union has filed a class action lawsuit demanding the government provide illegal immigrant girls the same rights to access abortion that Americans have.

The ACLU already won the first skirmish last month over a 17-year-old girl identified only as “J.D.” or “Jane Doe,” whose case went all the way to the U.S. Circuit Court of Appeals, where a deeply divided panel of judges ruled the government had to facilitate her abortion, even if it meant spending taxpayer money.

The March of Progressiveness

After only six months in the position, Apple’s vice president of diversity and inclusion is stepping down from her post. Denise Young Smith’s decision comes on the heels of her apology for innocuously questioning progressive dogma on the concept honored in her job title, which she was the first in the company to hold.
“There can be 12 white, blue-eyed, blond men in a room and they’re going to be diverse too because they’re going to bring a different life experience and life perspective to the conversation,” she said during a panel in October. The comment reportedly came after Smith explained,

“I focus on everyone,” when asked about where she dedicated her efforts. “Diversity is the human experience,” Smith contended. “I get a little bit frustrated when diversity or the term diversity is tagged to the people of color, or the women, or the LGBT.”

Days later, the tech executive apologized, saying the remarks “were not representative of how I think about diversity or how Apple sees it.” More than a month after that, news of her departure broke.
At year’s end, Smith, a black woman, is reportedly being replaced by Christie Smith, who is white.
Make of all this what you will. It would seem that to Apple, diversity of ideas and backgrounds is not as important as racial balance with the odd queer, cripple and tranny thrown in to insure a complete balance. Don’t expect Eskimos or ethnicities without a power base to be included in their racial balance.