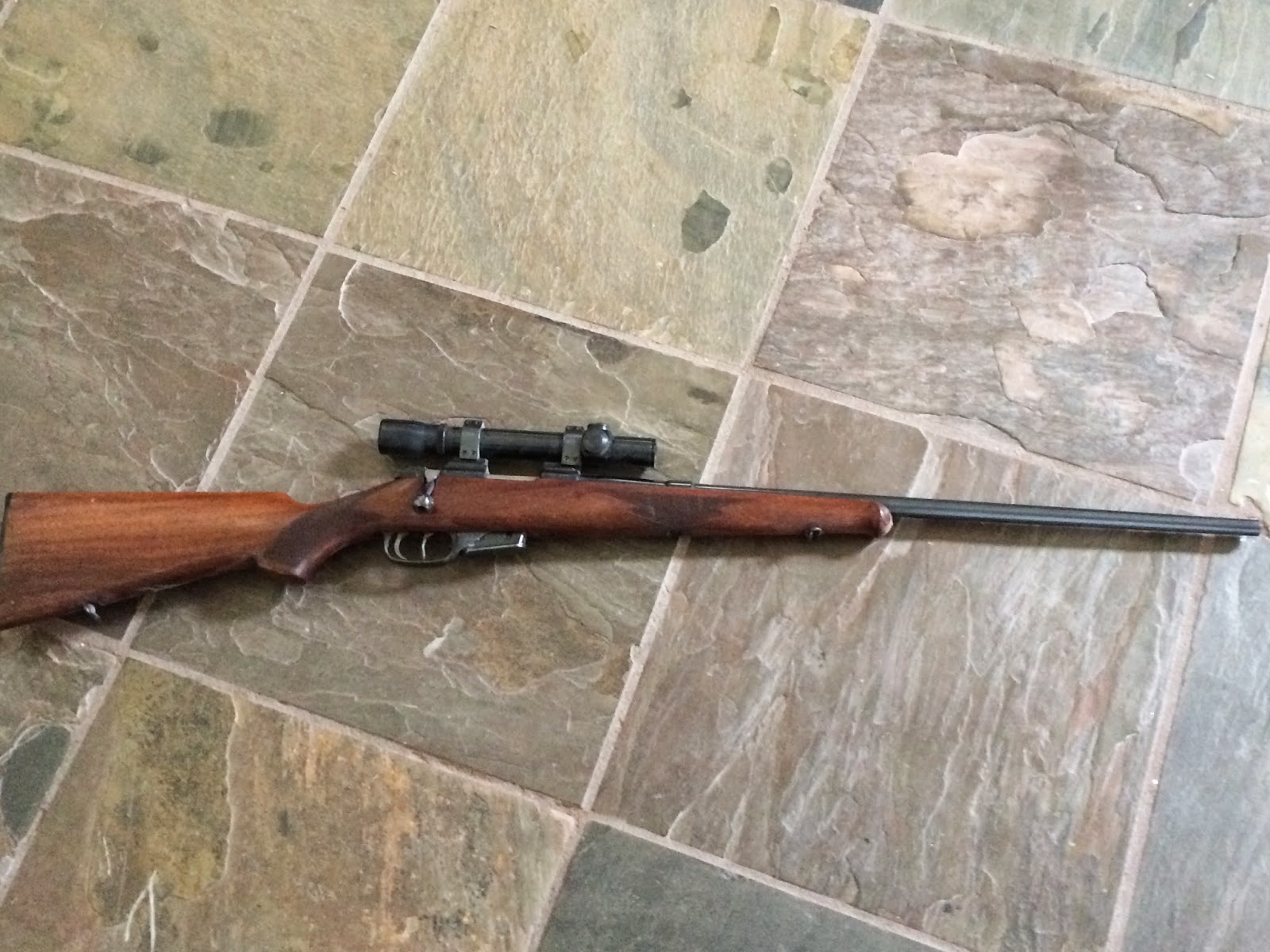 I don’t know where my grandfather came by the Česká zbrojovka Uherský Brod (ČZUB) ZKW 465 rifle in .17 caliber. Because it was for export, the metal is stamped ‘BRNO’. My grandfather called the rifle, “Bruno”. This particular rifle was made in 1949 in the Moravian town of Uhersky Brod in what is now the Czech Republic.

When my grandfather died in 1969, the little varmint rifle passed to me. It fires a .17 caliber bullet in a .22 Hornet cartridge, necked down to .17 caliber (17 Javelina) The craftsmanship is excellent and these rifles are known for accuracy and excellence in a varmint hunting role.  It’s downed three Javelinas in Arizona that I know of. (and yes, pit BBQ Javelina is very good if you prepare the meat properly – marinate in red wine for 72 hours, tenderize with one of those tenderizing hammers, insert garlic cloves into the meat, add BBQ rub of your preference, drop into a pit BBQ wrapped in banana leaves for 24 hours, pull it out and eat it. If you cook an old boot with the same preparation pattern, I’m sure that it will taste good too.)

During World War 2, my grandfather was head of small arms research and development with the War Department (Defense Dept. today) Office, Chief of Ordnance. Since he raised me, the passion was transferred. He was never a pistol shooter, preferring rifles for their superior characteristics for hunting and precision shooting.

Today I hand-load ammo for Bruno and tinker with different bullets and powder loads to get the velocities up but not so high that all that reaches the target is a lead smear from the residual disintegration of the bullet. That happens somewhere around 4000 feet per second. At that velocity (a bit over 3x the speed of sound) if you hear the shot, it was not meant for you.

The sharp shoulder on the necked-down .22 Hornet case allows for higher (than standard) chamber pressure options. If you are shooting this hand-loads of this type you need to fire form your cases (shoot the cartridge once and then reload the expended case) to insure uniformity of loads and case size.

The Mauser pattern bolt action is very strong and can handle hotter than standard loads. While I advise that you don’t try it if you don’t know what you’re doing, anyone who does hand loading likes to experiment with the edge of the envelope. When you start blowing primers and cracking case necks, you know that you’re just past the edge.

This weapon is in its zone in ranges under about 75 meters, though it’s accurate and effective farther away than that, you’re shedding bullet mass. Depending on the target (a wild Javelina for example), that might matter because of the need to penetrate the target for a clean kill. It may sound a bit weird that you’d use a .17 Javelina to kill Javelina, but why not?