Norway in the Summer 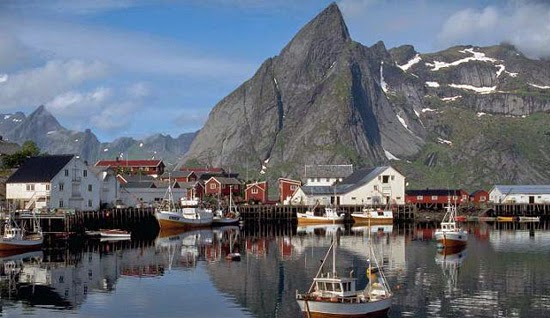 Have any of you ever eaten at a Norwegian Restaurant (outside of Norway)? No? There may be a reason for that.
The only compensating factor may be that every Norwegian that I’ve met here in Oslo has apologized for the Nobel committee giving a peace prize to Barack Obama.
Apology accepted. He received the award for being half negro. We all understood that at the time. 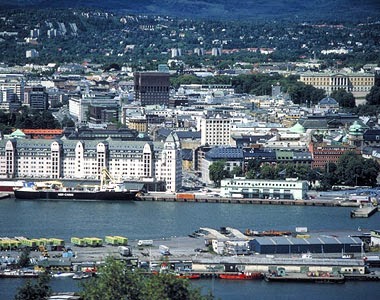 No hard feelings. Everyone is entitled to make a few mistakes — and Obama joined the ranks of peace prize luminaries such as the pederast, Desmond Tutu, PLO leader, Yassir Arafat and damned fool, Al Gore.
Oslo is situated at the beginning of the picturesque 100-kilometer Oslo Fjord. Its forty islands, many of which can be reached by ferry, are a great place to relax and travel. Sadly, I’m not here to relax and blog. My schedule is dawn (very early dawn this far north) to dusk (very late dusk this far north) meetings. I am opening a new company here and I will be returning again (and again) as the process moves forward. One of the places I plan to visit at some point during this week is the Viking Ship Museum.
Oslo is ranked as the world’s most expensive city to live in by the Swiss wealth management company UBS AG. The Swiss are correct. It must be.

Now for the culture portion of this blog — never say that I didn’t bring culture to the on-line presence.

Update;
I went out for a walk but before I left the hotel, I asked the clerk where I might buy a power converter (electric plug). This hotel only has Norwegian plugs…alas, I should have stayed at the Radisson, located next to the US Embassy.
The desk clerk said that every store in Oslo is closed because it’s Sunday. (I don’t speak Norwegian but everyone speaks English)
Ah.
Except, he caveats, there are stores open at the train station, a 15 minute walk from the hotel. He comments that those stores are owned by Muslims, who have no souls. I think it an interesting commentary on social and cultural dynamics. Off I go to the train station.
There are only two food stores open at the train station. Predictably, operated by the soulless Muslims. Neither of them sells electronics. There are electronic stores at the train station but perhaps the Muslims who own them were too lazy to come in to work on Sunday.
Yesterday in downtown Oslo I saw a few EZ-Ups, manned by Muslims who were recruiting, presumably for one of several jihads going on around the world. The missionaries wore Muslim t-shirts. The Norwegians ignored them. Muslims are not popular in Norway. There is a growing movement to toss them out since most are unemployed “illegal aliens” who receive generous benefits from the socialist system at work here. Being an American, I have no room to comment about illegal aliens and screwy government since 20% of all Americans receive food stamps.