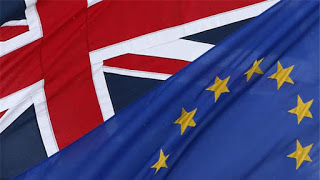 Facebook
Twitter
Pinterest
WhatsApp
Despite opinion polls before the referendum that showed either side in a position to win, the outcome  stunned much of Britain, Europe and the trans-Atlantic alliance, highlighting the power of anti-elite, populist and nationalist sentiment at a time of economic and cultural dislocation.

The message delivered by the British people is very similar to the campaign being waged by Donald Trump.  The political elites dictated one thing and the public took a different direction.
The vote means that Britain will become the first country to leave the 28-member bloc, which has been weighed down by its failures to deal with the huge influx of migrants last year. Protecting borders against the million(s) of military age Muslim males who flooded in across Europe was the straw that broke the camel’s back in my opinion. That immigration issue also weighed heavily on jobs for British people in Britain being at risk from others in the EU if they remained and the shots were called from Brussels. With net migration to Britain of 330,000 people in 2015, more than half of them from the European Union, Mr. Cameron had no effective response to how he could limit the influx. And there was no question that while the immigrants contributed more to the economy and to tax receipts than they cost, parts of Britain felt that its national identity was under assault and that the influx was putting substantial pressure on schools, health care and housing.
Barack campaigned heavily for the UK to remain in the European Union. Apparently his credibility in Great Britain is roughly equivalent to his credibility on this blog.
There are a lot of threats that without the EU, Britain will go broke. Really? I doubt that will be the case. We will see renegotiations and there may be some minor changes, but the EU has bigger problems than the UK at the moment, with other nations proposing their own referendums.