Barack, The DNC and Russia 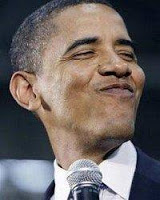 The progressive effort to delegitimize President Trump’s election continues with a focus on Russia. I only have one question?

Does using software that is often used by the Russians proof of Russian intrusion into a gmail account?
Should the Russians begin using software frequently used by the Chinese in the future to avoid having “their fingerprints” on mischief?
I ask these questions because computer hacker types collect this sort of software in much the same way as coin collectors and stamp collectors collect their favored objects. There was a point in time well past the statue of limitations and before computer laws were in effect that a friend obtained a particularly nasty virus called “Sugar Plum Fairy” to deal with somebody who had been causing them grief and they wanted to deny the bad actor service. I have no idea who created Sugar Plum Fairy. It could have been the Russians or the Chinese for all I know. I’m not a computer guy in that level of detail. 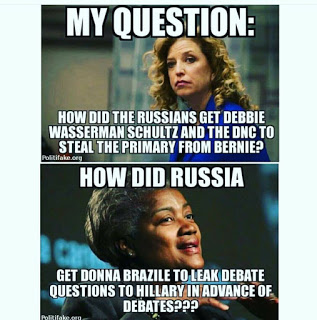 Following breadcrumbs requires UNIX with some sophisticated trace route tools and real-time action to find out where the problem is coming from. That’s what President Trump alluded to, and it’s what the corrupt, elite, mainstream media is avoiding. I have fiddled with UNIX and more particularly the Santa Cruz Operating System in the past.

There is more that I don’t know about this particular incident than I do know. I suggest to you that even though it may have been a crime to have intruded into John Podesta’s e-mail, it was intensely interesting to see how the corrupt Democrat Party operated in the run up to Hillary’s coronation. Podesta (a Satanist) and others in that camp are contemptible curs of the highest order.

Rather than pointing at how the Russians tried to unlawfully influence the election by pointing out what the Dems were up to (providing that it was the Russians – and I’m unconvinced), it would be interesting if the corrupt, elite, media pointed out the continuous skulduggery that the Democrats employed. Of course, we wouldn’t ever expect to see THAT would we?


This just in: The Russians did post this picture of Barack (the rainbow warrior). They really think that he’s a goof. 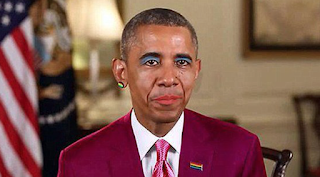