Facebook
Twitter
Pinterest
WhatsApp
Yesterday, Russian bombers. Russian Tu-95MS heavy bombers attacked Islamic State and Al-Nusra Front targets in Syria with Kh-101 cruise missiles, according to Defense Ministry spokesperson Major General Igor Konashenkov. They didn’t need to use cruise missiles. They could have used gravity bombs. Their enemy had no air defense capability, but since this was a wartime test of hardware, they opted for the missile test.
The targets were located in Deir ez-Zor and Idlib provinces in Syria, Konashenkov said. The bombers took off from Engels airbase in Russia and flew over Iran and Iraq.

“I would like to highlight that all the annihilated targets were located outside the residential areas at a safe distance from the strongholds of US special units and Syrian Democratic Forces militants in the Islamic State-controlled areas,” Konashenkov said at a ministry briefing today.

Konashenkov used the briefing as the occasion to reiterate his question about whom the US special forces are fighting? He said Russia has received no clarification on this issue. I think that a response from President Trump that we’re fighting whoever pisses us off would cause liberal heads to re-explode. Which might be a good reason for him to say it…

Russian TV channels broadcast footage of the bombers as they were being armed with missiles, taking off, in-flight refueling and launching their attacks. The attacks supported Syrian army’s advance against the last strongholds of the Islamic State, they reported.
The Russians continue to use the Syrian conflict to provide combat experience for its crews using its most modern weapons. The first combat use of the Kh-101 was in Syria on 17 November 2015. The bombers and the cruise missiles were last used in Syria on 5 July. 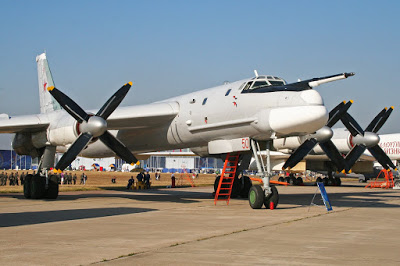