A decade of protracted war, tax cuts, and reckless entitlement spending has placed the US government on the precipice of a dreaded “fiscal cliff”. President Obama has sparred politically so that he can blame the Republicans, but he’s more than happy to reduce the size of the Active-Duty Army to 430,000 soldiers. By fiscal year 2015, over 140,000 soldiers will be looking for a new line of work.

Senator John Kerry (D-MA) expressed profound gratitude for the Army’s commitment to service. “The US Army has tirelessly borne the brunt of war over the past decade,” said Kerry, “so if there’s anyone who has plenty of experience in the whole sacrifice department, it’s definitely them.” Senator Kerry went on to thank the Army for its selfless service, but added, “It’s just, well, for 140,000 of you, your services are no longer required.” Kerry was unavailable for further comment, as he was preparing to spend New Year’s Eve at his mansion in the Cayman Islands, on which he pays no taxes. 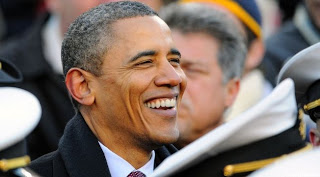 President Obama (speaking on closed circuit television to the soldiers) assured a few of the soon to be departing soldiers from the 25th Infantry (Tropic Lightning) Division who had been bussed to the gate of his his vacation mansion in Hawaii for the occasion. “I’m sure that the coming summer of recovery will find you all with better paying civilian jobs than those you had in the US Army. I expect to see unemployment dip below 6% this summer. You may be the beneficiaries of 1 million shovel-ready jobs that this third round of trillion dollar stimulus will create.”