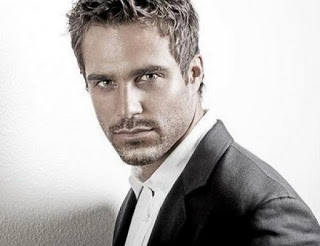 She waited for me in a warm misting summer rain that curled her hair into ringlets that she hated, but I loved.
“You’re late.”
I handed her a blue Tiffany box.
“I hate that about you. You’re not human.”
“What’s that?” I started walking and she fell into step next to me instinctively.
“I’d planned to pick a fight with you because you were late, and it turns out that you were doing something nice for me.”
As she just pointed out, she hated that about me and worked to find a weakness in me, in my conduct, in my lack of emotional vulnerability. I understood her campaign. I discovered it when we were making love and caught her looking at me, calculating whether or not I lost control and whether or not she gained it. I didn’t consider it to be a war of any sort, but she’d made it one. I managed my time and balanced things. She deliberately left her clothes scattered here and there. She took items from the counter that surrounded my sink and put them elsewhere in an attempt to break my calm. I took the treasure hunt in stride because she didn’t want to make it obvious. There had to be a subtlety to the whole thing that might allow me to believe that I’d misplaced an item. Except I didn’t. My brain runs on ‘ship-shape and Bristol fashion’.
We walked, she talked, not to impart information to me, but to make herself heard. I didn’t listen closely. My mind drifted to other things such as sports scores and the scheduled maintenance of my Masserati. I grunted or nodded from time to time. I didn’t offer anything.

“Don’t you ever want to share how you’re feeling?” The answer to that question was, ‘why would I?’ But men can’t respond that way, remain gentlemen and even hope to get laid.

“I’m feeling a bit wet at the moment,” I replied, changing the subject, while opening a large umbrella and giving her most of the coverage.
She worked her revenge, her plots and counter plots. I plodded though life, concerned more with the mundane issues of earning money and trying to make things work. That’s how it was. 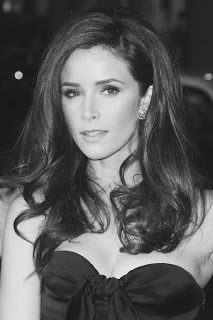 As we walked through the misting rain to lunch, a lady emerged from a taxi, long legs, Armani day-wear, impeccably accessorized, “Do you think that she’s pretty?”

Yes, it’s a loaded question, of the same order as, ‘do you think that I’m fat’, or ‘have you ever fantasized about another woman since we’ve been together’. I dodged the issue, “We need to go to Armani and get you something that looks a bit better than the yesterday thing that she’s wearing.” I felt her stiffen as I finished speaking. I scored, and she felt the bitter bile of another taunt, redirected like the Aikido master that I was becoming in a metaphorical sense.
She wanted to launch off on me, but needed an excuse to do so. Her burning need to have me blast her with emotion exceeded all else, and I denied it to her. At lunch I handed the wine menu to her because all of the cues were there suggesting that she intended to criticize my selection. She deliberately picked something that I never would have and I complimented her on the choice. When she sipped from the glass, she realized that at worst I was damning her with faint praise because the choice she’d made was inadvertently superb. She asked me to order for her. The chicken Kiev was so good that she wolfed it down rather than merely picking at it.

All in all, she left lunch frustrated and discontent.