A Nation in Decline 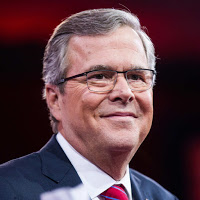 Many pundits and members of the political elite currently suggest that Jeb Bush will be the Republican Party’s nominee for President irrespective of his currently dismal showing. They say that the fix is in and the person (Jeb) who is entitled to the nomination will receive it. The Democrats say the same thing about Hillary Clinton.

I hope that the American political system is not so broken that this happens. The nation’s founders did not conceive of a political elite that would run the nation in much the same way as the succession of Caesars ran Rome (into the ground).

The Republican Party had a dismal showing with John McCain, who I had difficulty voting for. I liked Mitt Romney far better than McCain, but he carried with him the same old establishment big government baggage and voters didn’t like him. Many objected to Romney’s faith, though they had no problem with Obama’s Muslim roots, which mystified me then in the same way that it does now.
Whether the presidency would be won by a Bush or a Clinton, the signal sent to the world would be that American decline will continue and that we as a nation are not serious about anything.
There is nothing that insiders fear more than outsiders. The good old boys/girls club knows this and the mandarins (reading national tea leaves) believe that a Bush/Fiorina ticket would gather support of both the establishment Republicans, waiting for their turn, fighting for scraps at the national trough, and would be a sop to Americans in search of hope and change.
I have no problem with a Fiorina presidency, maybe Bush can be her Biden in the vice president’s chair?

When Donald Trump shrugged to the question of Obama’s faith of choice, Megan Kelly (Fox News – HATES Trump) lashed out at Donald Trump. We expect this because Ms. Kelly has an axe to grind despite her official position as a neutral reporter of facts… 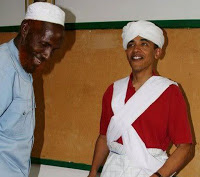 I’m surprised that Obama doesn’t own his Muslim roots since his father was a Muslim and his mother converted in Indonesia at roughly the same time that young Barack was attending Muslim parochial school, back when Lolo Soretoro adopted him and he was known as Barry Soretoro.

We know that Barack Hussein Obama attended a Black Liberation Theology congregation in Chicago for twenty years but that’s about as far from Christianity as Islam seems to be. Other than being a narcissist who worships his own image, I don’t know what faith Obama follows, but it would seem to be that he’s more Muslim than Christian based on the evidence.

I am not picking on Obama. I don’t think that anyone knows what Barack believes with the caveat that he seems to be very reluctant to represent America’s best interests.

Bernie Sanders is Promising Everything 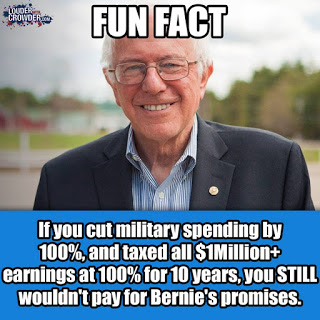 Socialists promise to give what you have worked for to others in exchange for a vote. They never worry about paying for it because “other people” will foot the bill. Because he’s promising more free stuff than Hillary (The Bitch of Benghazi) Clinton is, he is beating her among liberals.

Biden (who is reportedly entering the presidential race this week) and Clinton will have to double down and promise more and better Obamaphones to a lazy and dissolute crowd of voters who pine to eat the bread earned by others.

Free rent, free college tuition, free cheese, etc. appeals to a class of people who would rather ride the backs of the earners than do it themselves. It’s part of a nation in decline and it’s a large part of why ancient Rome fell apart. Bread and circus is nothing new in the political landscape on this planet.